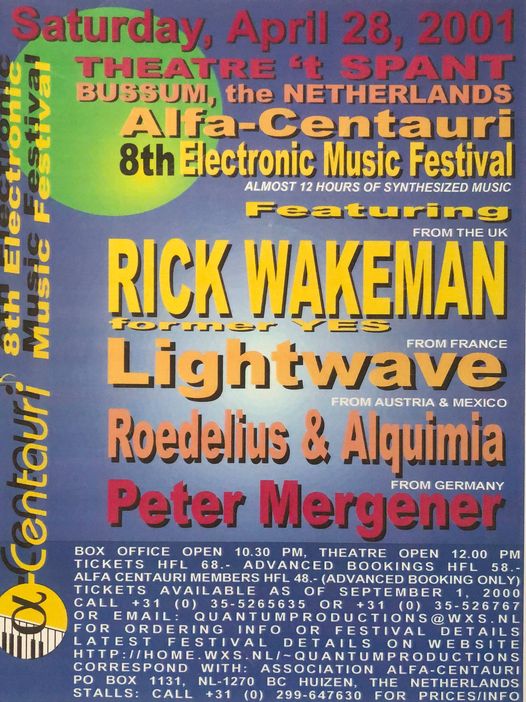 The 8th edition of the Alfa Centauri EM Festival was a huge step towards: because of the line-up we had to move to a larger venue, which became theatre ‘t Spant in Bussum. This step was a double risc: we knew we were able to attract a large audience from all over the world and we managed to have an impressive line-up … including Lightwave, a French electronic music duo formed in 1988 around Christoph Harbonnier and Christian Wittman, initially founded in 1985 by Serge Leroy, Laurent Bozeck and Christian Wittman, LIGHTWAVE follows a singular trajectory on the map of new French music. At the crossroads of dark ambient, minimalism, electroacoustics, LIGHTWAVE composes new, dreamlike and organic sound spaces that are similar to a series of adventures and sound architectures, plunging the listener into a film of which he invents script and pictures. Thanks to a playful and intuitive approach to old and new electronic instruments, LIGHTWAVE explores poetic and sensual worlds, plays with sounds as well as with colors, shapes, concrete objects or spatial dimensions. On stage as in the studio, a direct and interactive game directs his compositions based on listening and exchange, like a jazz trio or a string quartet.

Besides Christoph and Christian also Jacques Deregnaucourt and Renaud Pion were involved in this concert.