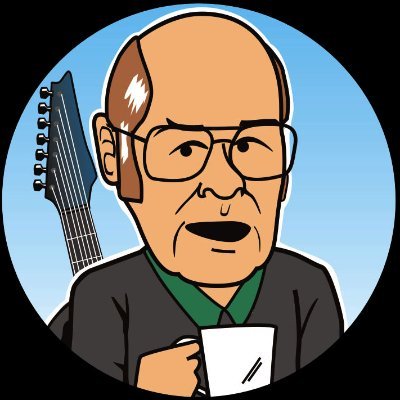 Adrian Bruce is a Musical Cartoonist, for the longest time he was involved in the development of the Fairlight CMI series III and is currently employed by Roland Corporation, Japan.

About the Fairlight CMI series III, Adrian writes: “The CMI Series II was a further development of Fairlight Instruments Pty. Ltd. original sampler and music production system. Working for Peter Vogel and Kim Ryrie, and with Quentin Goldfinch, we replaced the Graphics, Floppy disk Controller and Channel Cards. Main difference was the original sound cards used a switched resistor filter that’s clocking rate changed with sound pitch and sometimes produced what we called B Flat birdies. The other cards were replaced to use double density disks, and make graphics 1 card instead of 3 and remove any trim pots (and nasty LS123s and LS121s!). There were a few things developed that never went on sale. A Hard disk system, rack mounted CMI (above), companding noise reduction and non- music related such as single board 6809 based office machine workstation.The series IIX replaced the CPUs (from dual 6800 to dual 6809), put in a bigger system memory card (mostly Quentin), and changed the system software as well (by a new software team of three). All this to move to Microware’s OS9. MIDI was added along the way too, ( mostly by Peter Farleigh and Martin Willis). Core software development at that time was Andrew Canon, Steve Steintz and Michael Carlos. It was a very small team, and we got to meet some interesting people, like Peter Gabriel….

“I was the system architect and lead designer of the electronics in this system. Did the original schematics of all the new boards. Digital, analog systems and the motherboard. The CMI Series III kept the original disk and graphics, than totally changed the sound generating system to a shared memory architecture. Added a 68000, eight 6809s, tons of memory, 16 bit stereo sampling and 16 bit, 16 channel output. A huge multiprocessor system, that still had to have a lot done in discrete hardware. That was 24 or so 8×8 inch PCBs in the front 19″ wide eurorack card cage.“

A lot of thoughts and concepts by Adrian Bruce are explained in the following recent interview: