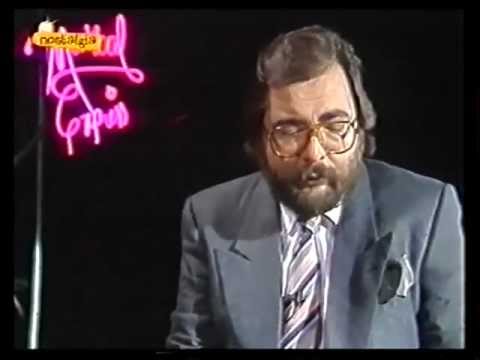 If you know about the collaborative work of Neuronium and Vangelis, it is interesting to know that Spanisch presenter Angel Casas dedicated two programs on his television program Musical Express, Serie Amigos to Electronic Music. In one of the programs the result of such an interesting collaboration would be broadcast. The two broadcasts, with appearances by Klaus Schulze, Ashra, Tangerine Dream , etc., became over the years one of the most widely distributed documents among fans of electronic music, an unusual gathering of stars that will rarely be repeated.

Fortunately, this video is available on Youtube, with the following accompanying text:

This TVE program, MUSICAL EXPRESS “SERIE AMIGOS”, presented by Ángel Casas and broadcast in March 1981, is divided into two parts: in the first we can see the performance of the song “A Strange Affair” by Neuronioum, followed by an interview with its components, Carlos Guirao and Michel Huygen. Next we will take a walk through Berlin and attend an interview with Klaus Schulze, accompanied by some of his videos and a video of Tangerine Dream playing in Reims Cathedral. Finally, we will go to London to visit the Nemo de Vangelis studios, which Casas will interview. This first part will end with an improvisation between Vangelis and Neuronium, a song that appeared on Neuronium CD in 1996 under the title “In London”. In the second part of the program, Casas interviews Santi Picó, Neuronium performs the piece “The Visitor” with the solo voice of Miquel Guillamat.

We will also attend an interview with Ashra Tempel in Berlin with a live performance in Manuel Göttsching’s studio. Later there is an interview with Neuronium and Miquel Guillamat and, to finish, we will attend a spectacular final Jam Session with Neuronium, Ashra Tempel, Teddy Bautista, Santi Picó and Miquel Guillamat. These two broadcasts have become, over the years, one of the most widespread documents among fans of electronic music, an unusual meeting of stars that will never be repeated again