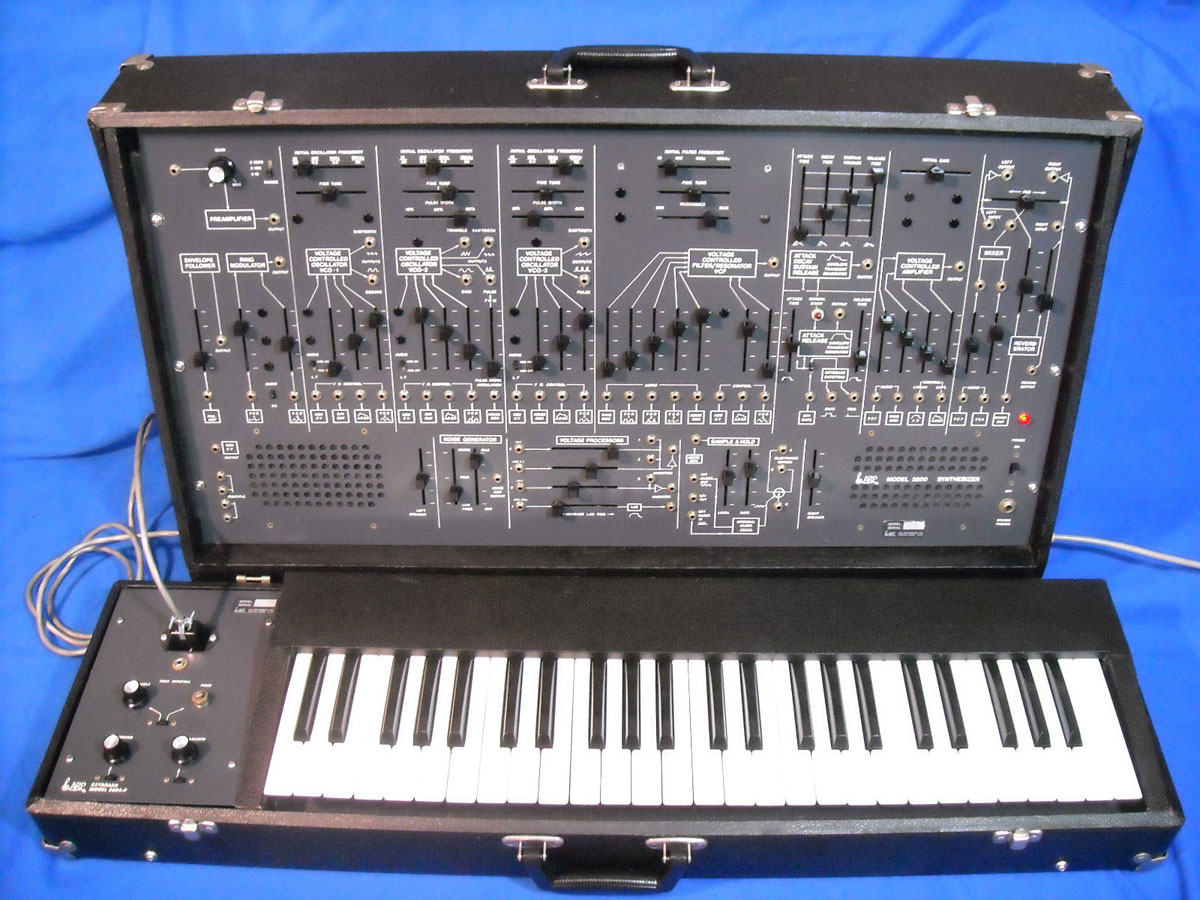 Still one of the most sought-after analog synths – and now available as clones through Korg and Behringer.

The ARP 2600 became first available in 1971, developed by a design team headed by ARP namesake Alan R. Pearlman and engineer Dennis Colin, the ARP 2600 was introduced in 1971 as the successor to ARP’s first instrument, the ARP 2500, at a retail price of US$2600. Unlike other modular systems of the time, which required modules to be purchased individually and wired by the user, the 2600 was semi-modular with a fixed selection of basic synthesizer components internally pre-wired, with clear text labels and front panel screen printed graphics indicating the function of different sections of controls, and the signal flow between them. The 2600 was thus ideal for musicians new to synthesis, due to its ability to be operated either with or without patch cords. On its initial release it was heavily marketed to high schools and universities.

We have included the original owners manual below the pictures.

This is a great Youtube on the ARP 2600, featuring Edgar Winter – who was a first time user of this incredible synth.