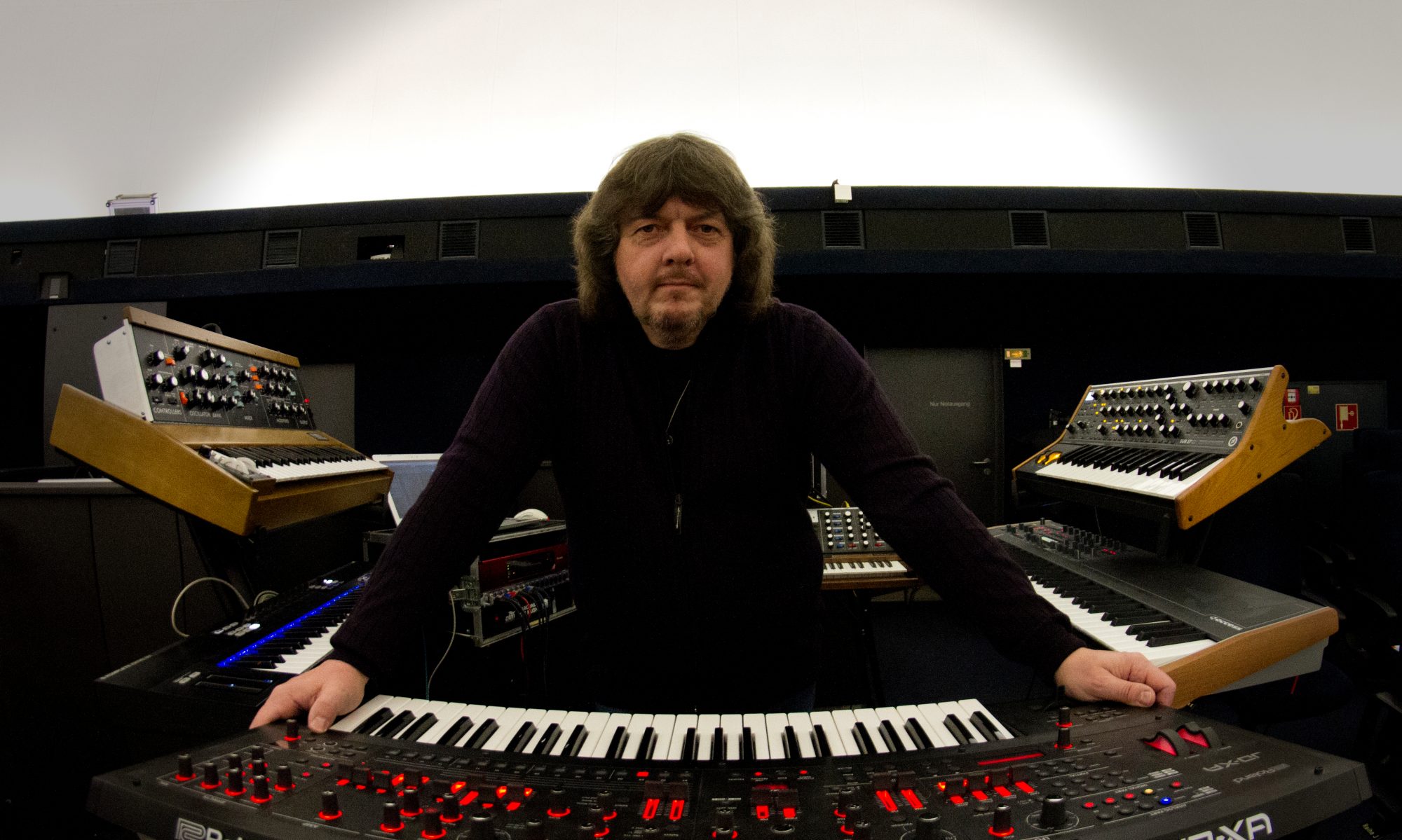 Bernd has been away from the live Electroinc Music scene, he has been busy with other projects, such as the commemoration of the Berlin Electronic Beat Studio. And he has been writing a book ‘Ferne Ziele’ (which is nog published yet). Happily Bernd is now again producing new music and performing live. Have a look at his website or watch this video to see why Bernd is said to have his roots in the Berliner Schule music.

Bernd Kistenmacher is a German producer and musician specialised in spherical “kosmische” synthscapes. He started his career in the 80’s with a handful of sonic, epic synthezised electronic efforts taking inspiration from Klaus Schulze and the Berlin electronic school. His musical releases deliver complex, achieved floating dreamy-like melodies floating throw deep cerebral spaces. Published in 1987, “Wake up in the sun” can be considered among his classic albums. He also collaborated with the drummer and synthesist Harald Grosskopf (Wallenstein, Klaus Schulze, The Cosmic Jokers…) for the long piece “Stadtgarten Live” (1995).
In the early 1990’s, Bernd created “Musique Intemporelle” – a label, which, although didn’t last long, managed to gain a cult status among EM connoisseurs.