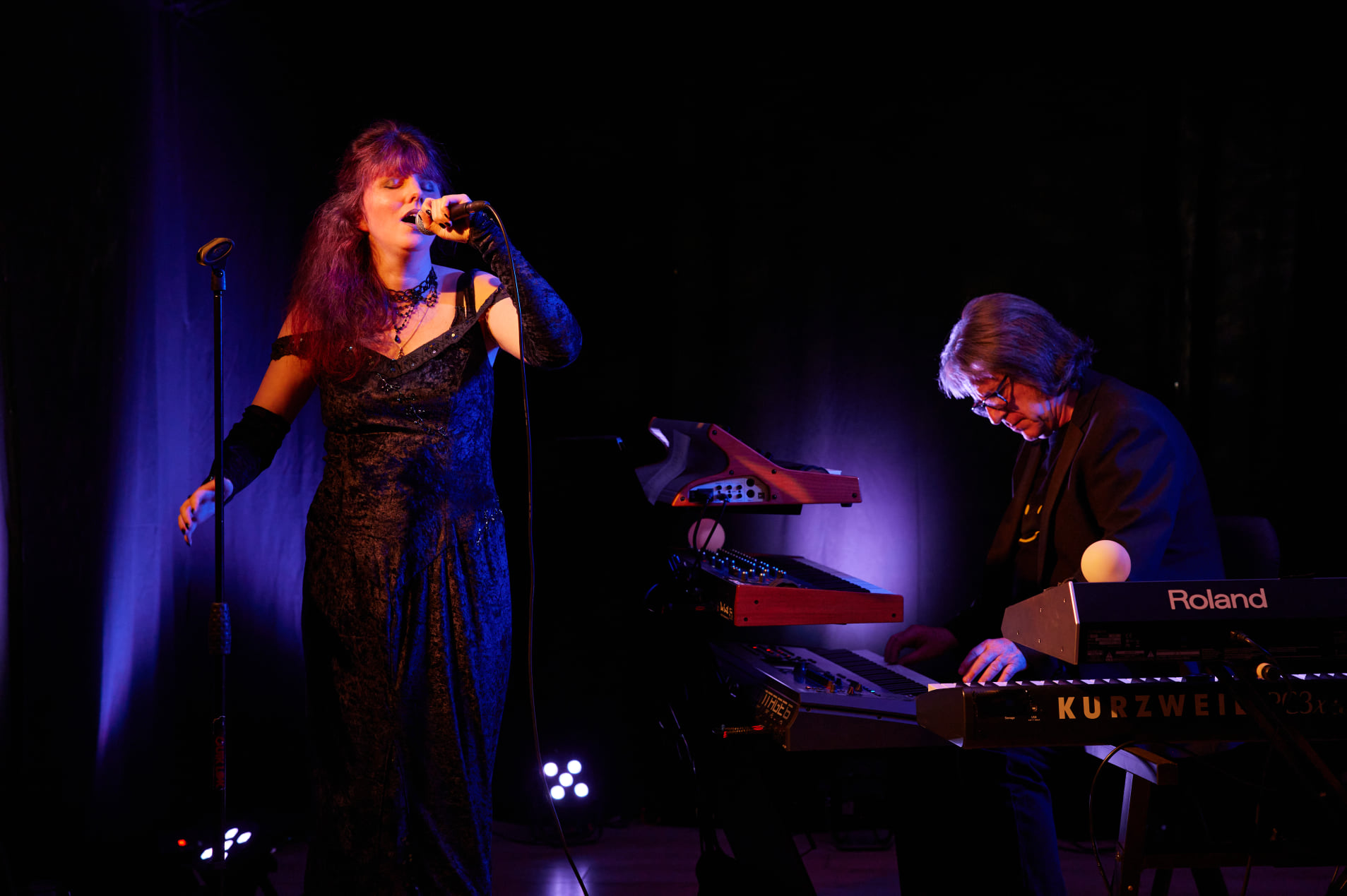 Update October 9th, 2022: The concert date for October 20th has been postponed to October 28th:

This event features electronic space music from David Wright, and then David Wright & Carys. Carys will open the event with a set of her unique folk/rock music. ‘The Beyond the Airwaves’ series of concerts take place on the last Friday of January, April, July and October. Each event will feature an opening set by Carys, electronic music by David Wright and sometimes music from another guest electronic musician. Carys will also join David Wright on occasions for their unique collaborative blend of electronic ambient music which, for reference, is in the style of Klaus Schulze and Lisa Gerrard when thy expand upon rather than emulate those classic luminaries. More info here.

Here are details of future Beyond the Airwaves live streamed concerts planned for 2022/23 for your diary.

David Wright informed us: “2 weeks to go until our second ‘Beyond the Airwaves Concert’. Join me, David Wright, with my guests Carys and Stephan Whitlan for an evening of varied music on July 29th at 19:30 GMT. An opening set of folk rock from Carys, followed by a set of sequencer style electronic music from Stephan Whitlan. David Wright will then join Stephan for a set of improvised sequencer style space music. David Wright will close the evening with a selection of music from his soon to be released ‘Returning Tides Vol 2’. We look forward to seeing you“