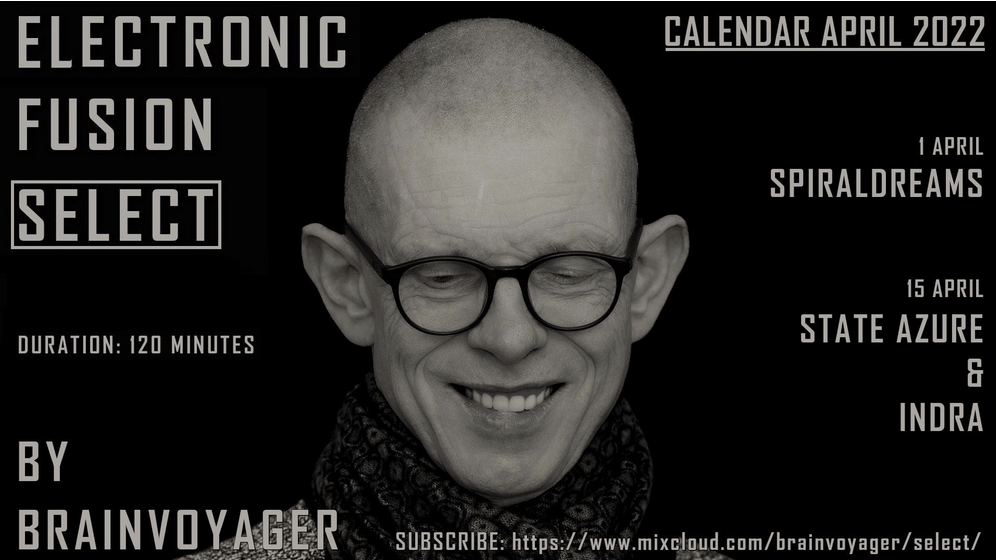 Update August 16, 2022: we will publish the playlists of the Electronic Fusion shows here in order to help promoting this show, without the necessity of posting messages every week. As you know Brainvoyager (Jos Verboven) produces a brilliant show that can be listened to here. This week’s show (#363) features:

Brainvoyager’s real name is Jos Verboven. He’s a creator of cosmic and ambient electronic music, living in The Netherlands. Spelled as ‘Brain Voyager’, this name appeared in 1985 as Robert Schroeder’s, a German electronic musician, 7th album title. This name covers exactly what Brainvoyager’s music stands for: a voyage within the listener’s brain, thus turning him or her into a real brainvoyager.

You are kindly invited to discover how great these voyages can be.

Electronic music has been a big musical passion for Jos for almost 35 years now, however, the first 33 years were spent as a listener. Influences by Klaus Schulze, Tangerine Dream & Steve Roach, but he likes trance music as well, and I’m not unfamiliar with the music of the likes of Armin van Buuren either.