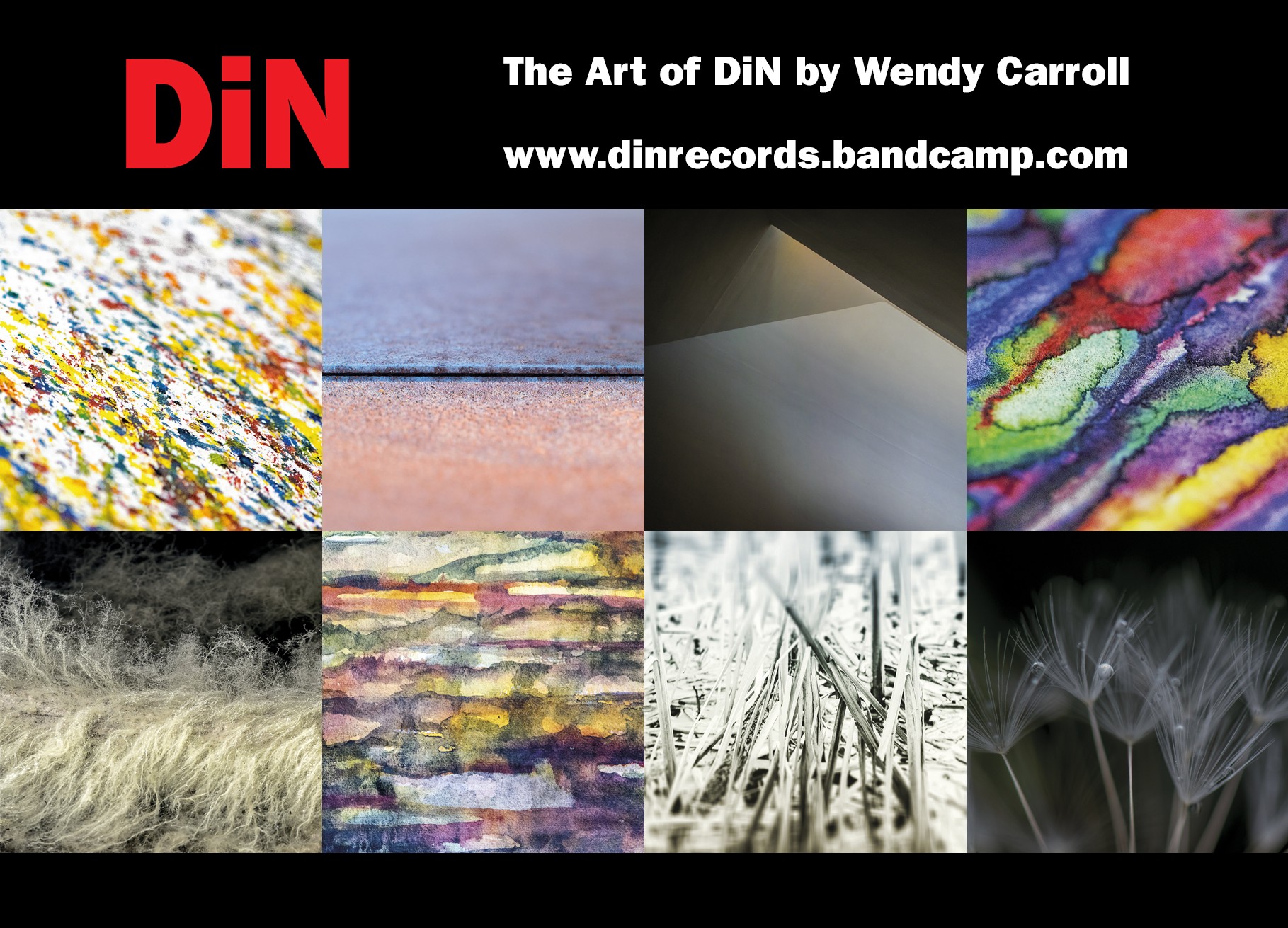 Ian Boddy informed us about a new forthcoming release on the DiN label:

It’s always said that the second album by any band is the difficult one to create and release. This could well have been the case for the duo d’Voxx who launched their debut record “Télégraphe” (DiN58) on DiN in 2019 too much critical acclaim. Rather than continuing in the same vein they have really raised the bar with a stunning sonic interpretation of the classic twentieth century novel “1984” by George Orwell. Not only that but they have the blessing and permission of the estate of the late Sonia Brownell Orwell to not just use the novel’s title but to directly quote from this seminal work.

Over the course of eight tightly focused tracks, which feature stunning sound design, what unfolds is a musical work that really captures the essence of this great work. Male and female voices quote from the novel as modular systems churn and chatter around their syllables. Throbbing sequence lines and incessant percussion grooves worm their way into your consciousness as the overall sense of unease and paranoia is gradually ramped up throughout the course of the album. Heartrending strings and melodic themes twist and turn to superimpose an emotional layer over the brutality of the underlying message.

Written in 1949 the dystopian themes of the novel seem even more relevant today than when it was first published. Most importantly the ways that truth and reality can be manipulated by governments and large corporations seem to be an insidious force that affects us all. This unique album by d’Voxx could well be the greatest musical interpretation of this novel to date and is another milestone in the burgeoning catalogue of the DiN imprint.

The album will be available later November, follow DiN here.