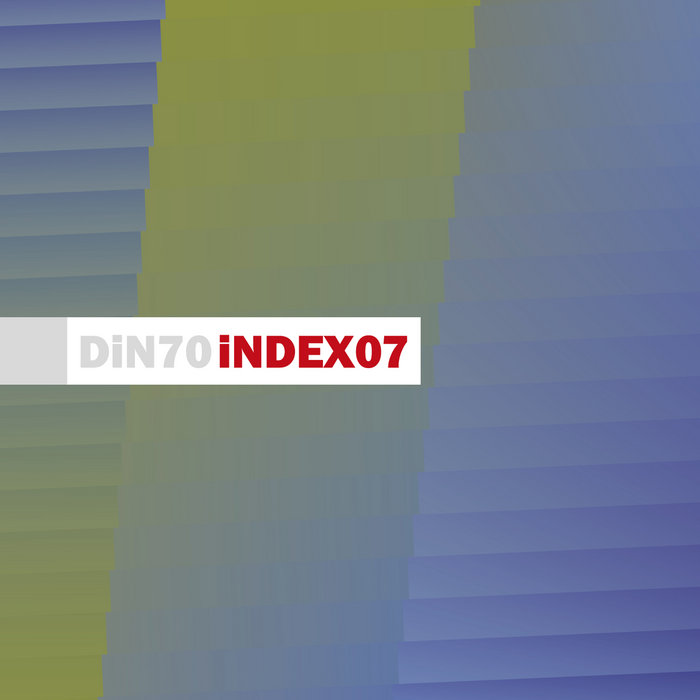 As with the previous six DiN samplers label boss Ian Boddy has mixed and cross-faded the 18 tracks into a continuous ambient mix that not only showcases the albums featured on the release but presents an exciting and varied title in its own right. It also highlights the varied and intriguing music that the DiN label offers on its releases from deep analogue synth grooves through vibrantly melodic instrumentals to powerful, epic ambient atmospheres. An intoxicating mix of the old and new beautifully presented in a slimline cardboard wallet with an extra flap which just adds to the value and collectibility of this release.

Since the previous sampler album, iNDEX06 (DiN60) released in July 2019, DiN has not only celebrated its 20th anniversary but has also released its 100th album with “Nevermore” from label boss Ian Boddy. These are significant milestones for a niche independent electronica label with DiN finally getting some of the recognition it so justly deserves.

Released February 18, 2022. This compilation edited from the original tracks by Ian Boddy September 2021.