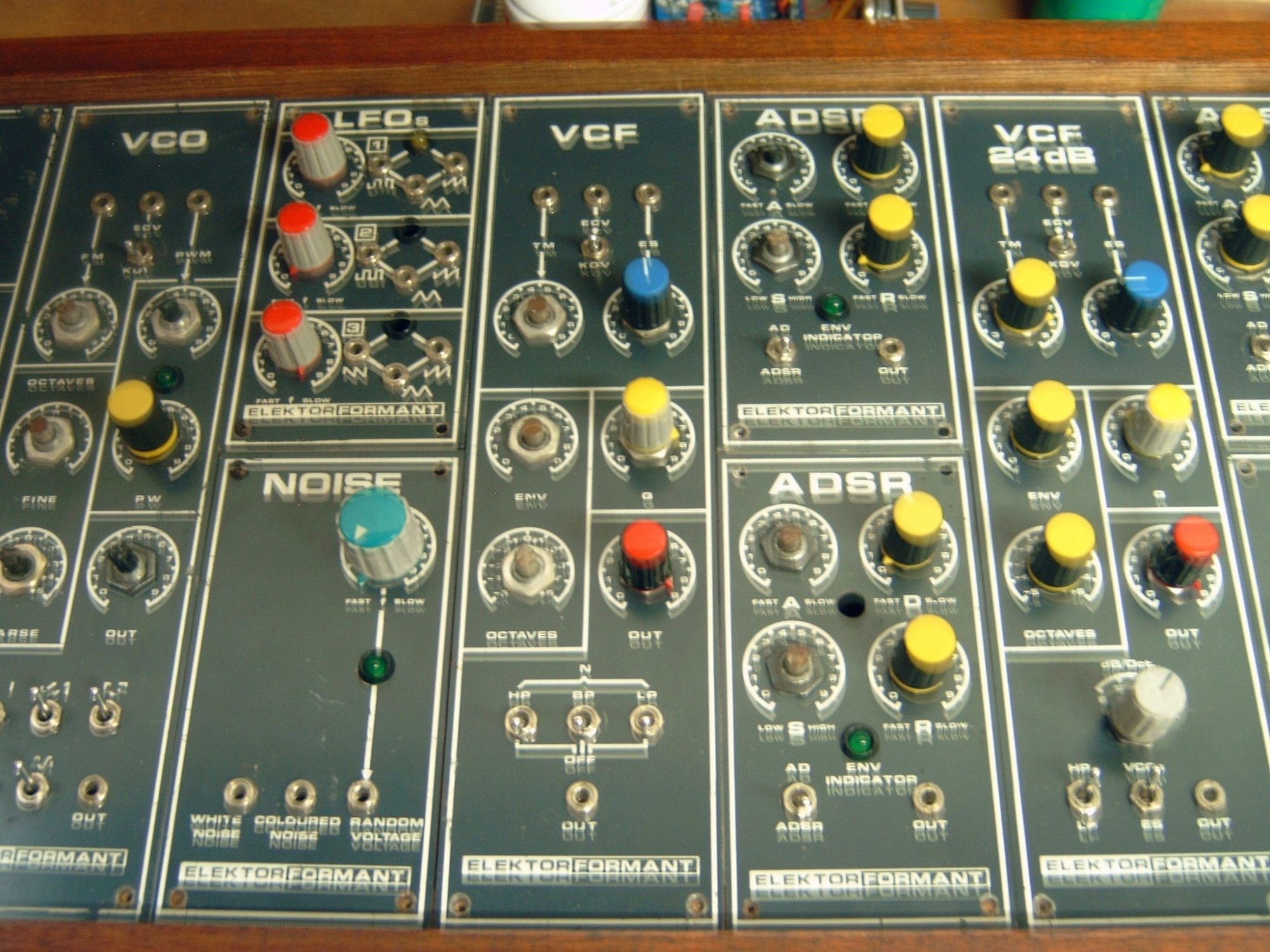 We met Dirk (from Belgium) on Facebook as a serious and enthousiast Formant user. On his facebook page he writes: “Back in the nineteen seventies, my brother Jan and I confiscated part of the attic to start our virtual company named DJ-electronics. Having 3 brothers and 2 elder sisters, we had a rich offering of different music styles and guess what, the first concert I ever saw was Tangerine Dream, followed by Yes! I had to have a synthesizer and the only option was to build one. The first modules were built from the Helmut Tünker book but after all the trouble I had with those, and just in time, Elektor launched the series on the Formant synthesizer. Bought some PCB’s and frontplates and that is where the story starts… Unfortunately, taking pictures was not a habit in those years, so what I had back then, can only be seen in my memories. There’s probably still one piece of music tape somewhere that we recorded on some jam-sessions… And I guess many people will continue their story with the same content; met a girl, married, had children, and forgot all about the synthesizers. I jump to the end of the nineteen nineties now… Let’s play music again. The old Formant was taken down from the attic and after some repair work, it could be used again. But this time, I had bigger dreams. I need a modular with many, many modules. I was fortunate that time that I had some budget available, so I bought lots of components like the rare uA726’s and more… But the dreams crashed again. Being a glider pilot, I wanted to fly motorized planes. And that wasn’t cheap neither… Met a guy from Italy and he bought my old Formant modules to add to his giant set-up. To be continued…“

Below you can find some pictures of Dirk’s work on his formant. Of course you could also visit his FB page here.