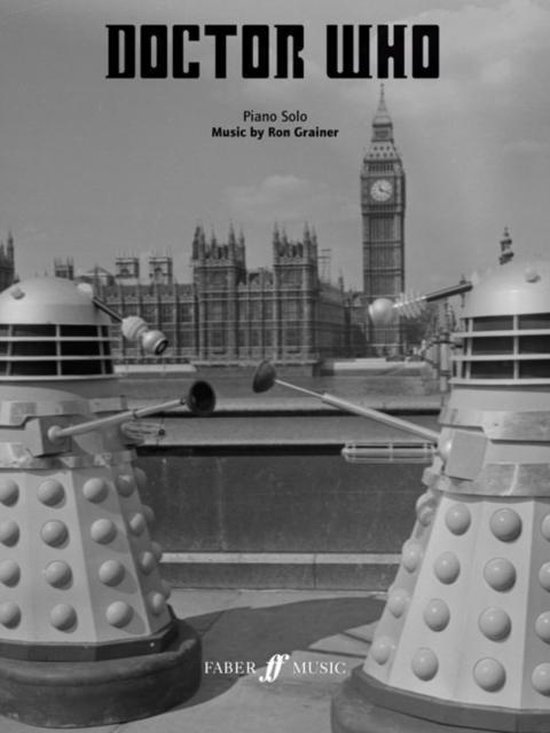 The Doctor Who theme music is a piece of music written by Australian composer Ron Grainer and realised by Delia Derbyshire at the BBC Radiophonic Workshop. Created in 1963, it was one of the first electronic music signature tunes for television. It is used as the theme for the science fiction programme Doctor Who, and has been adapted and covered many times.

Although numerous arrangements of the theme have been used on television, the main melody has remained the same. The theme was originally written and arranged in the key of E minor. Most versions of the theme – including the current arrangement by Segun Akinola – have retained the use of the original key, with exceptions being Peter Howell (F# minor) and Keff McCulloch’s (A minor) arrangements.

Although widely listed in reference works, and many series soundtrack albums, under the title “Doctor Who Theme”, its official title is “Doctor Who”, although its initial sheet music release used the now-deprecated form “Dr. Who”.

The original 1963 recording of the Doctor Who theme music is widely regarded as a significant and innovative piece of electronic music, recorded well before the availability of commercial synthesisers. Delia Derbyshire (assisted by Dick Mills) of the BBC Radiophonic Workshop used musique concrète techniques to realise a score written by composer Ron Grainer. Each note was individually created by cutting, splicing, speeding up and slowing down segments of analogue tape containing recordings of a single plucked string, white noise, and the simple harmonic waveforms of test-tone oscillators which were used for calibrating equipment and rooms, not creating music. The main, pulsing bassline rhythm was created from a recording of a single plucked string, played over and over again in different patterns created by splicing copies of the sound, with different pitches and notes achieved by playing the sample in different speeds. The swooping melody and lower bassline layer were created by manually adjusting the pitch of oscillator banks to a carefully timed pattern. The non-swooping parts of the melody were created by playing a keyboard attached to the oscillator banks. The rhythmic hissing sounds, “bubbles” and “clouds”, were created by cutting tape recordings of filtered white noise.

Once each sound had been created, it was modified. Some sounds were created at all the required pitches direct from the oscillators, others had to be repitched later by adjusting the tape playback speed and re-recording the sound onto another tape player. This process continued until every sound was available at all the required pitches. To create dynamics, the notes were re-recorded at slightly different levels.

Each individual note was then trimmed to length by cutting the tape, and stuck together in the right order. This was done for each “line” in the music – the main plucked bass, the bass slides (an organ-like tone emphasising the grace notes), the hisses, the swoops, the melody, a second melody line (a high organ-like tone used for emphasis), and the bubbles and clouds. Most of these individual bits of tape making up lines of music, complete with edits every inch, still survive.

This done, the music had to be “mixed”. There were no multitrack tape machines, so rudimentary multitrack techniques were invented: each length of tape was placed on a separate tape machine and all the machines were started simultaneously and the outputs mixed together. If the machines didn’t stay in sync, they started again, maybe cutting tapes slightly here and there to help. In fact, a number of “submixes” were made to ease the process – a combined bass track, combined melody track, bubble track, and hisses.

Grainer was amazed at the resulting piece of music and when he heard it, famously asked, “Did I write that?” Derbyshire modestly replied, “Most of it.” However the BBC, who wanted to keep members of the Workshop anonymous, prevented Grainer from getting Derbyshire a co-composer credit and a share of the royalties.

The theme can be divided into several distinctive parts. A rhythmic bassline opens and underlies the theme throughout, followed by a rising and falling set of notes that forms the main melody which is repeated several times. The bridge, also known as the “middle eight”, is an uplifting interlude in a major key that usually features in the closing credits or the full version of the theme. During the early years of the series the middle eight was also often heard during the opening credits (most notably in the first episode, An Unearthly Child).

The theme is written in the E minor phrygian mode.

The theme has been often called both memorable and frightening, priming the viewer for what was to follow. During the 1970s, the Radio Times, the BBC’s own listings magazine, announced that a child’s mother said the theme music terrified her son. The Radio Times was apologetic, but the theme music remained.

Derbyshire created two arrangements in 1963: the first was rejected by the producers, but was released as a single. The second arrangement, a slightly modified version of the first, was used on the first episode of the programme. The two 1963 arrangements served, with only minor edits and additions requested by the producers, as the theme tune up to 1980 and the end of Season 17. The most notable of these edits were addition of ‘electronic spangles’, and tape echo, from the second episode of Patrick Troughton serial The Faceless Ones (1967) onwards (although it was originally made for preceding serial The Macra Terror, a production error led to the previous arrangement still being used; this also occurred in episodes 4 & 5 of Fury from the Deep.

In 2002, Mark Ayres used Derbyshire’s original masters to mix full stereo and surround sound versions of the theme. Ayres revised the mix in 2006, for the Doctor Who DVD box set “The Beginning”, as the 2002 mix contained an editing error in the bassline.