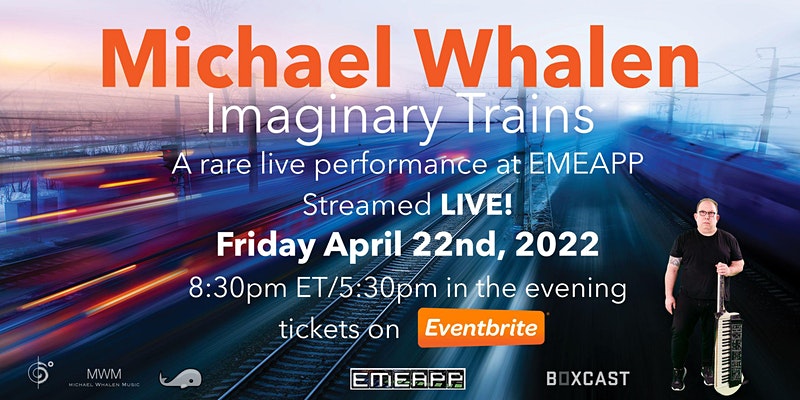 John Diliberto of Echoes Radio Show did an interview with Michael Whalen, who just released his new album ‘Imaginary trains’. Electronic artist Michael Whalen grew up on the new sounds of 70s and 80s European electronic music like Tangerine Dream, Klaus Schulze, Vangelis and Kraftwerk.  He pays tribute to his roots on a new album called Imaginary Trains. It was Echoes May 2022 CD of the Month. Michael Whalen talks about his homage in the Echoes Podcast.

Look here for the Echoes feature including the interview, you’ll also find a reviews of the Imaginary Trains album.