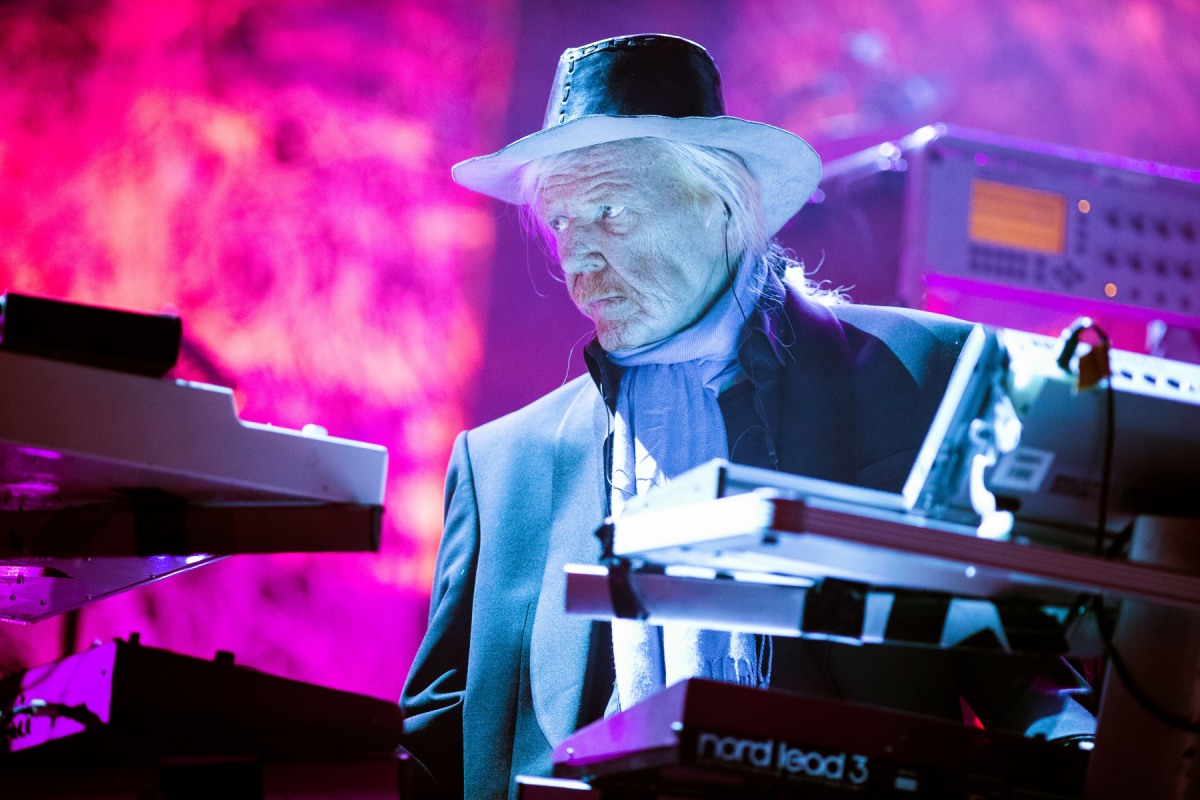 Today, January 20th, 2022 is the day Edgar Froese died, 7 years ago. Founder of Tangerine Dream, Edgar Froese was the godfather of (Berlin School) Electronic Music. This is what the BBC said 7 years ago ….

Froese died unexpectedly on Friday after a pulmonary embolism, his son, Jerome, said. Tangerine Dream’s psychedelic and trance-like use of synthesiser sound was a significant influence on the development of electronic music. Froese once said that “there is no death, there is just a change of our cosmic address”.

Froese was born on D-Day – 6 June, 1944 – in Tilsit in East Prussia, now the Russian city of Sovetsk. Froese’s father and other relatives were killed by the Nazis and the family lost all their belongings in the war. His mother and the rest of his family settled in West Berlin, where he studied art. Froese formed Tangerine Dream in Berlin in September 1967 with fellow students. The band was known for its uncompromising anti-pop performances and played at the villa of surrealist artist Salvador Dali in Spain. The group later signed to Virgin after Froese had undertaken “several bouts of chess on Richard Branson’s houseboat on the Thames”. The resultant album, Phaedra, in 1974 was considered a key work in the early electronic genre, with its sequencer-driven sound.  The album reached No 15 in the UK charts although it sold only a few thousand copies in Germany. Froese was a prolific artist, and from 2003 onwards created solo work under the name Edgar W Froese.