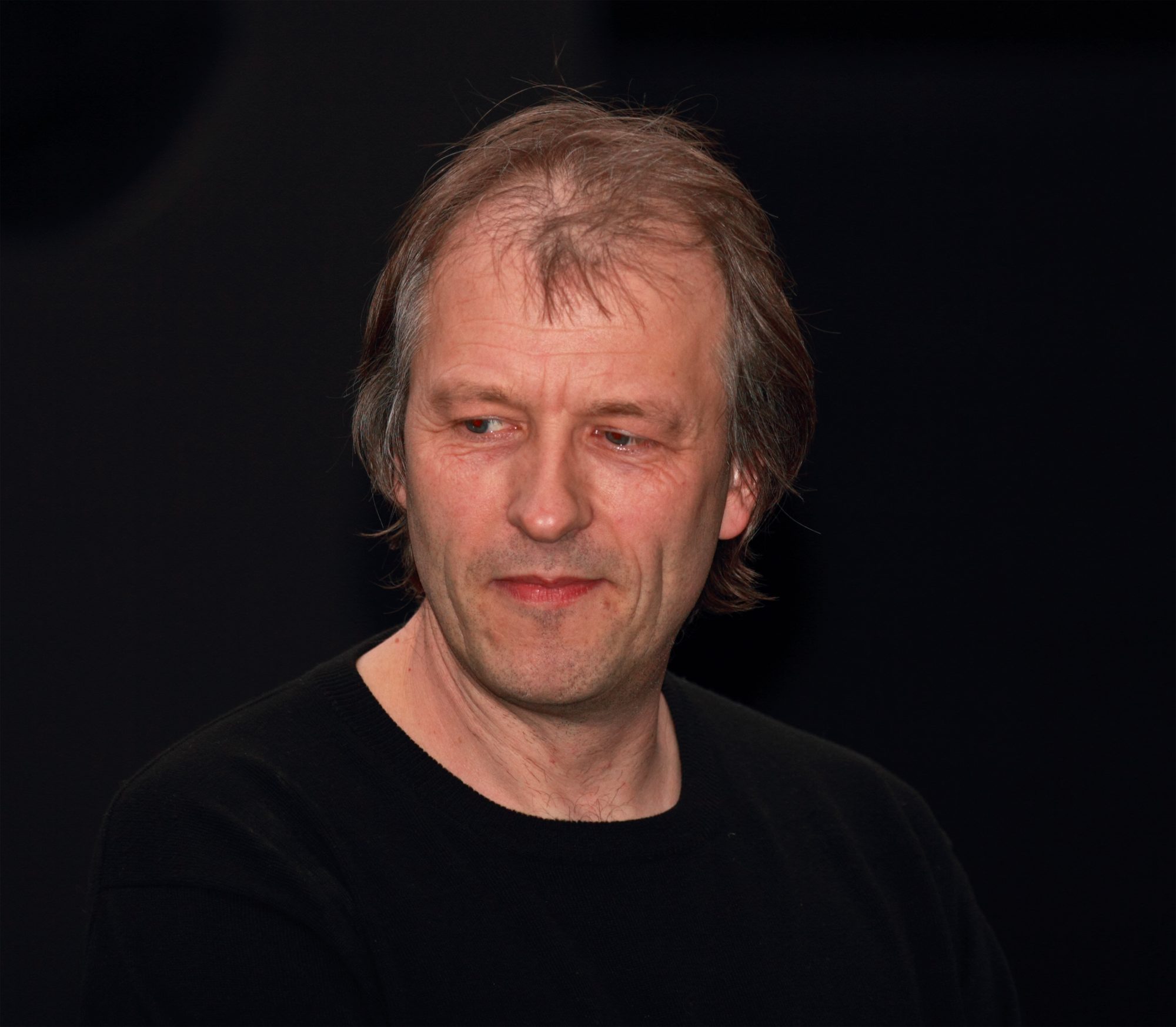 Erik Wøllo is a Norwegian electronic musician and composer with over 50 albums to his credit. Stretching back to the mid-80s, his releases are highly imaginary and engaging, building a bridge between grand realms and gentle, serene atmospheres. In addition to his own albums, he has composed pieces for ensembles, ballets, film, television and theater.

Wøllo’s dark, dreamy sensibility appeals to a wide audience. Chill, ambient, shoegaze, trip hop, classical, fans of all of these and more will find something to like in Wøllo’s work. It would be easy to imagine that a follower of Dead Can Dance or Elliot Carter could hear analogs to their favorites in this vast library of sound. There are songs I can see played in clubs (“Sojourn I” off of “Sojourns” leaps to mind. DJs: grab a copy to mix into your set).

Beware: no synths … but a lot of electronics

The following article was written by Patrick Ogle for Projekt records, the original can be found here.

He uses the guitar heavily in his work which may surprise those who listen to it without knowing his history or his philosophy.

“My soundworld is built upon long suspended notes, drones and textures,” says Wøllo. “The main challenge for me has always been that the notes on a guitar string die out very quickly. It is just the nature of the instrument. Not like a violin, for example, where you can use the bow up and down to play long sustained notes. I often find there is a need to use a lot of additional studio treatments to create the sounds I want. I have several custom-made pedalboards and other tools that can transform what I play into something more textural than the original.”

He says that this lack of sustain was one of many reasons he started to use synthesizers in the late seventies. Needing control over the length of notes, he’s been experimenting with this ever since using ebow, slide, various sustainer pickup systems, programming delays, reverb and a variety of other effects.

But the guitar has never left his repertoire.

“Most of my albums do have string instruments in one form or another. Both electric and acoustic. Very often I use diverse guitar synthesizers or trigger other synthesizer modules with my MIDI equipped guitars. I am a melodic composer for the most part, and I feel this instrument adds more of what you can call human element or a human touch,” he says. “The direct touch with the fingers on a string or on a drum will often make the tone more alive, expressive and exciting for the listener’s ears. It can be very subtle and just the icing on the cake, but still it adds something. Something more interesting, it gives a certain depth to the total soundscape. The pieces might be more personal, direct and original.”

Wøllo doesn’t, of course, use only guitars.

“I have a big collection of synthesizers!” says Wøllo. “First of all I am a composer who makes electronic music. I have been attracted to this aesthetic since the late 70s. In 1984, as a professional touring performer in various fusion bands, I decided to work mainly as a composer using the studio as my instrument.”

“I started to play the guitar at 11. Through all stages in my career, from rock, to jazz, it has always been my main instrument. For several years I practiced more than 8 hours a day and studied diverse techniques. From playing classical pieces by Bach to diving into fusion John McLaughlin material. Today all this is in there somewhere as a part of my education and history but now mostly only as compositional fragments.”

“I can use any instrument, no boundaries. Well, a few exceptions… there are no saxophones in my recordings. They would not fit in my soundscapes. Certain instruments have a certain vibe connected to them. I have been working a lot with kanteles lately, a stringed Finnish folk instrument. Other than my guitars and synthesizers, I have a nice collection of percussion instruments from all over the world. I record these, making loops etc…”

With little reservation Wøllo says his favorite, and indeed indispensable, pieces of gear are his old Lexicon reverbs.

“I have a lot of them, still use them. They are essential in my work. On a mix, I typically use like 4 or 5 in the fx sends on the mixer channels, all with different settings and equalizing to cover the whole spectrum. Software reverbs can sound good sometimes and they have gotten better especially for small rooms and spaces. But hardware units do have more depth and complex sonic realism. Also I need to mention my e-bow, which has become an important part of my trademark expression.”

“Using looping pedals is a way for me to quickly develop ideas, adding layers and trying out repeating ostinatos, etc. A great composition tool. Also, as a solo performer, these are great devices in a live setting,” he says.

His loopers include TC Electronics, Digitech and Boss.

“I used Ableton Live as a looper with MIDI pedals for a while, which is a complicated setup with a computer and soundcard etc. Hardware looping pedals are a better and a more intuitive solution for me, both in my house and in my studio. I have been using the latest Boss RC-600 a lot, which is a great leap forward,” he says. “Still, I miss a few options and possibilities in the looper pedals that are available today. More instant real-time control would be a great option to have. And also if the looper could be more sensitive to your playing, like a second player assisting you in real time. Giving instant feedback to you. But that is future…”

“In my 40-year career I have been exposed to and been listening to many different genres and working with so many different artists. When I sit down to compose, it becomes a symbiosis of all these influences and intuitively it turns into something new and personal as it is processed through my filters,” says Wøllo.

At some point in the process he says his compositions begin to have their own life and he follows that path. Inversions is a series of connected instrumental pieces with something of a dark sensibility. The release was recorded in Wøllo’s house in his kitchen and living room. He did not go into the studio at all.

“The best ideas often come to you when you are in the middle of doing something else. In my kitchen there is a nice spot for rehearsing, and I have a guitar and a looper always available there, ready to record. Over the years this has resulted in a lot of interesting, intuitive and exciting sketches,” says Wøllo. “For this EP I collected some of the best performances, formed as a suite in 7 short episodes that have a total length of 30 minutes. All performed on various electric guitars, looping pedals and effects. There are no synthesizers on this album.”

He says he is attracted to any musician that can play and deliver messages from their deep, inner self.

“Music is an abstract art,” Wøllo says. “It is so easy to get lost and distracted in the physical aspect of it — being too obsessed with technique, equipment and gear, etc. For me the challenge has always been less is more. To find the right note, in the right place in the right sequence of notes, and leave space around it so everything can breathe. Can I be in a state of mind beyond thinking when playing and performing, going deeper and getting the attention away from the self. Then the music can lift off. And in that moment finding ways into the subconscious, almost like research into the unknown mind. There is a consciousness and an awareness in this that can take a lifetime to achieve.”

With Inversions, Wøllo shows that there’s much more to uncover with this humble stringed instrument.