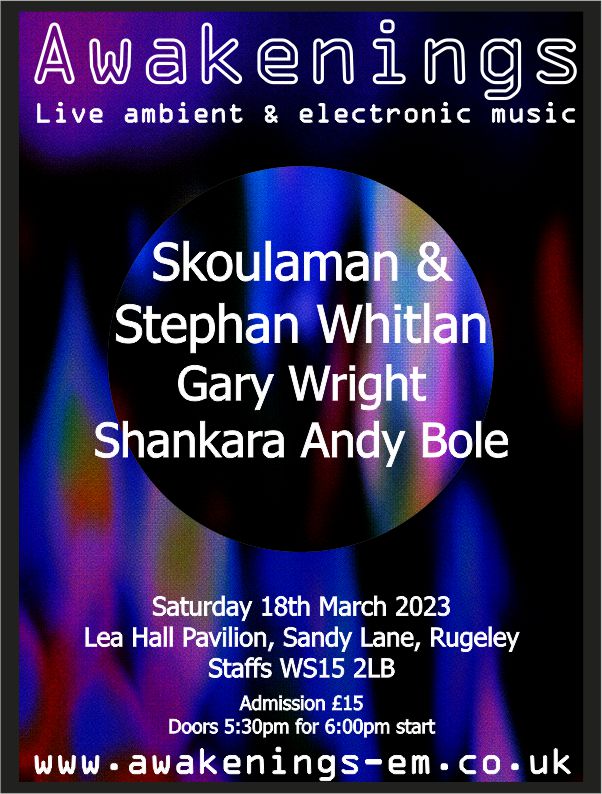 Gary Wright shared with us: “Now it has been officially announced, I can finally reveal my first SOLO live appearance since leaving Axxent opaque. I have played at Awakenings twice before with AO, but this first solo appearance is a landmark event for me. And is a huge step forward in my new musical venture. And what a line up to be appearing with. A huge thanks to Phil Booth for his continued hard work and dedication in making these Awakenings events an important part of the electronic music calendar.”

This is the announcement for Awakenings, it’ll feature performances by Skoulaman & Stephan Whitlan, Gary Wright, Shakara and Andy Bole.