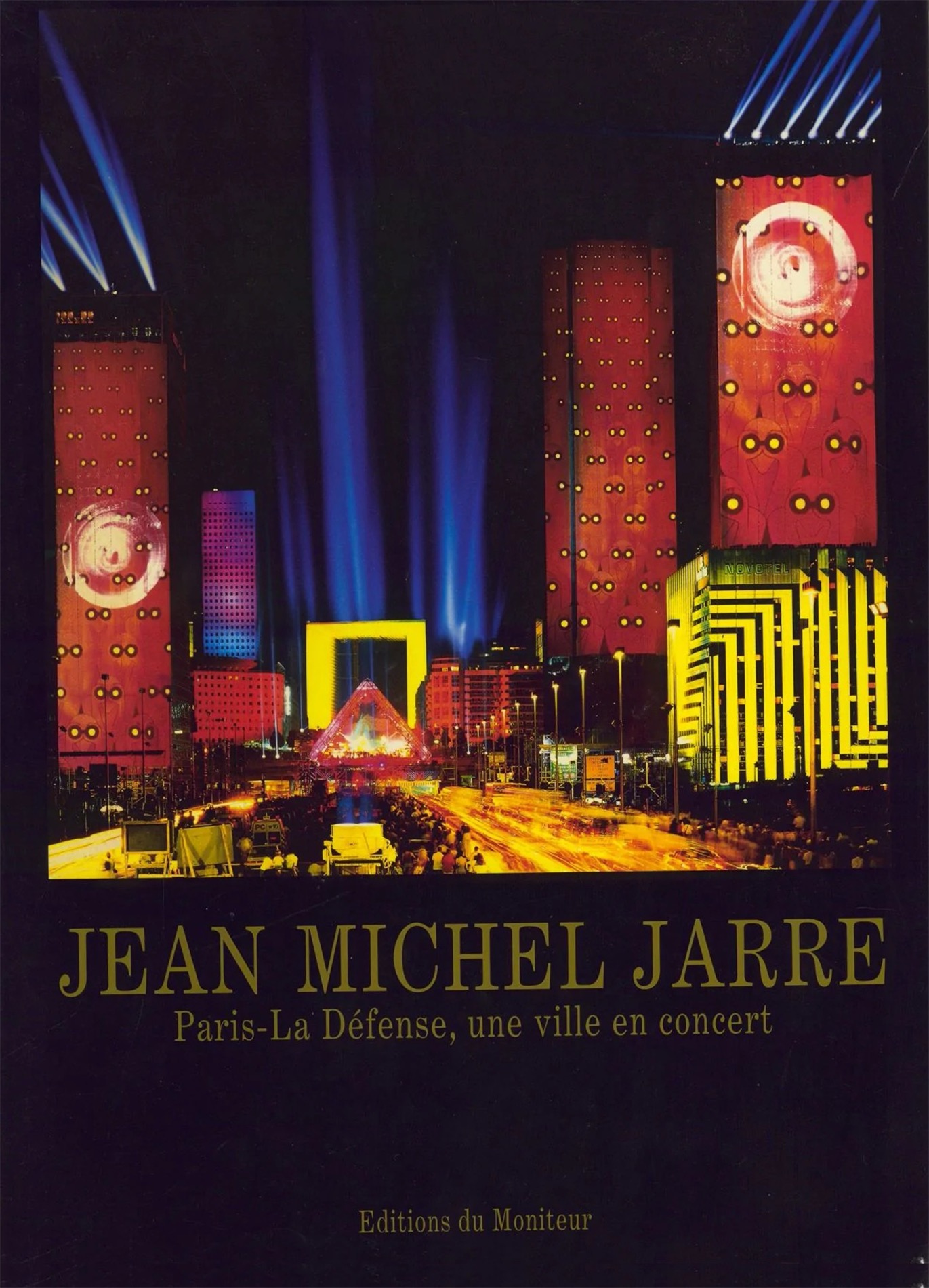 For sure this was a breathtaking concert in Paris. Where you there amongst the millions of spectators?

In November 1990 the book Jean-Michel Jarre Paris La defense Une ville en concert was published, with large photo’s of the concert and behind the scenes. This book is a treasure for Jean Michel Jarre fans, but it was sold out soon. 2nd Hand versions of the book easily cost you a couple of hundred Euro’s.

I am the lucky owner of this book and I have tried to make pictures of it: which wasn’t very easy because of the huge format of the book. So please understand this is the best I currently can come up with – I know there are some low quality pages, and I am planning to redo these (as soon as I have more time 🙂 Hope you like to have a look into the book. Please note that all (c) are with the publisher and author / musicicians.

You’ll find a pdf of the book below the text.

The French National Day 1990 celebration marked the closing of the festivities celebrating the 200th anniversary of the French Revolution. Jarre conceived a gigantic concert for Paris’ downtown, modern business quarters.

La Defense, it must be said, formed the perfect background, not simply because of its futuristic character, but also because of the tall skyscrapers, von Spreckelsens new Arc de Triomphe and steel monoliths which line the horizon visible from the centre of the city. Jarre designed a pyramid-shaped stage to fit the geometrical architecture of the setting where he performed with his musicians, a classical Arab ensemble (France’s second largest community), and others including a choir, a steel-drum band and gigantic dancing puppets of various kinds. The entire show was synchronised and illuminated by 65 tons of fireworks, as well as laser and light projections on the tall buildings. For over two hours Jarre enchanted yet another record live audience of 2.5 million people, and most of Paris was replete with electronic sounds and a sea of light on this festive July summer evening.