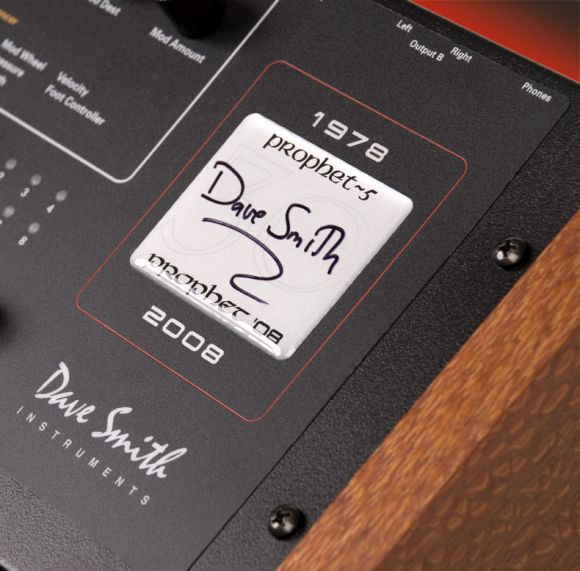 Larry Fast (Synergy) published this remembrance today (June 2, 2022): “It was announced yesterday that Dave Smith had died. If anyone has earned a place in the top echelon of electronic music innovators, it was Dave. Aside from being one of the nicest people in the business, his work advanced synthesizer design and production tools ahead of many of his contemporaries. Because his company didn’t feature his name, like Moog, Oberheim, Buchla and others, his impact was less personified to the general public. Dave’s visionary leadership changed the direction that music production took often without him being recognized for his outsized influence.

In 1978, preparing for an upcoming Peter Gabriel tour I had an opportunity to check out both the new CS-80 and the just introduced Prophet 5. For me, the Prophet won hands down. It mirrored the sound engine of Max Mathews Groove system at Bell Labs, a hybrid of analog synthesis and computer control with program memory, in a next generation synthesizer format. The Prophet 5 was scaled down from the mainframe computer and racks of Moog modules at Bell into a Zilog controlled, SSM chip synthesis instrument. It was exactly what I had been waiting for since 1975. The thoughtfulness in the firmware OS and “Moog-like” sonic architecture rewrote the book about what could be done in the emerging microprocessor world. I still have that original double digit serial number Rev 1 instrument, later modified to accept direct digital control from an outboard computer for polyphonic sequencing and algorithmic composition.

Dave was generous with his time and his technical savvy. I was in the audience for a paper he delivered at AES in 1981 describing a Universal Synthesizer Interface. Dave was so helpful to me by sending UARTs and other parts along with his USI code and documentation so that I could build interfaces for my Apple and PAiA computers to control the USI Prophet. USI was for all intents and purposes MIDI right out of the box. Dave’s USI opcodes and protocols survived nearly intact into MIDI, though somewhat scaled down in speed. It was progress that fundamentally changed how music would be made in the coming decades.

Dave’s move into all-software synthesizers in the late 1990s might have been a little early, but showed him to be appropriately prophetic in what was coming next. Dave’s legacy on several levels will be with us for a very long time.

I was proud to call Dave a friend and was always flattered that he and his crew from Sequential Circuits would come see us using their instruments with Peter Gabriel. I am so sorry that we have lost Dave, but we have the great music and classic designs that he made possible as a part of our technology arts culture.