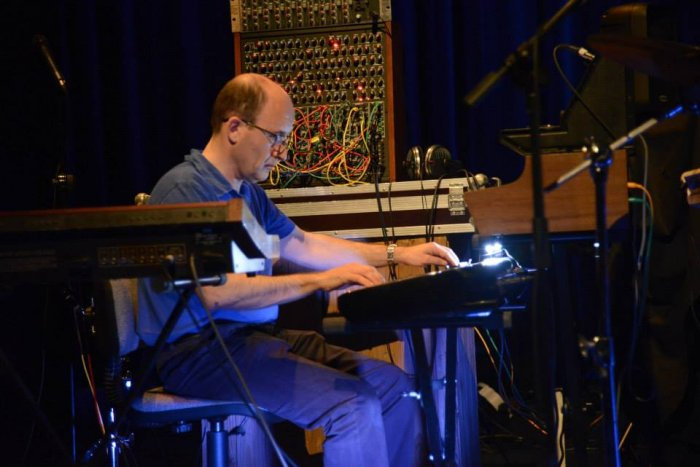 Pepijn Courant, aka ‘Akikaze’ wrote: “Today I am proud to announce my fourteenth album, Global Textures. Unlike my previous work, the music is exclusively inspired by different musical cultures. The twelve flags refer to this. I have been working on it – intermittently, of course – for eighteen years. Immediately after my first trip outside Europe to Indonesia in 1995, I started working on the first piece, which some will remember from my performance in Huizen in 1996. After that I recorded eleven more pieces. For this project I was able to combine my passion for language and music. I wrote some of the lyrics in languages that I know well, such as Russian, Sanskrit and Thai. Of other languages, such as Lakota, I had to learn the basics. So it is not Berlin School, but neither is it New Age nor World music. After all, all music is from the world! As a native Westerner, I have not tried to copy the different musical styles totally. There are always Western influences to be heard. However, I composed each piece with respect for the culture in question.

The eighty minute musical journey goes from Japan around the world to China. As a result, the similarities and transitions between the different musical cultures are clearly perceptible. The album is expected to be released as a CD-R and download by Groove in August. Everyone who buys the album will receive an English translation of the lyrics and poems, which will be included in the CD booklet, upon request. I hope that listeners will enjoy as much as I do the versatility of the most emotional art form, music, as presented on this album. Make music, no war!”