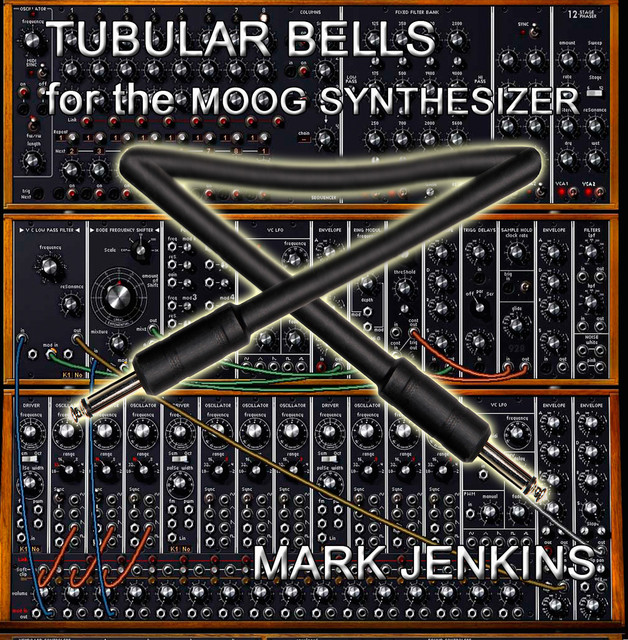 Update August 5, 2022: Mark informed us that there is not yet a video of the recent Tubular Bells performance, but there is another video shot in 2019. You can find the video here.

Some time ago Mark Jenkins informed us that he was to perform his “Tubular Bells for the Moog Synthesizer’ album live at the Ommadawn 45 celebration at Kington (near Hereford, Wales) where Mike Oldfield had his 1970’s cottage recording studio.

After the show Mark wrote: “It was great to meet Les Penning who played all Mike’s well-known pipe tunes, a great performer and composer Robert Reed (from the band Magenta among many other projects) who joined in with members of Tubular Tribute from Spain to play sections from “Ommadawn”, and to actually climb up Hergest Ridge, the well known inspiration for Mike Oldfield’s second album. The organisers from Tubular World – Mike Oldfield events, news and discussion. did a terrific job, I received great assistance from organiser Paul Harris, Stuart Manning and others, and everybody was very welcoming. The Moog didn’t play up (though I think a few rafters were shaken by the bass sound) and everyone joined in with the “Sailor’s Hornpipe”

What more could anyone ask of a weekend? Many thanks to Stephen Harker for getting me there, and to Dave Gate for shooting some pictures.”

The “Tubular Bells for the Moog Synthesizer” album is still available from CD-services.