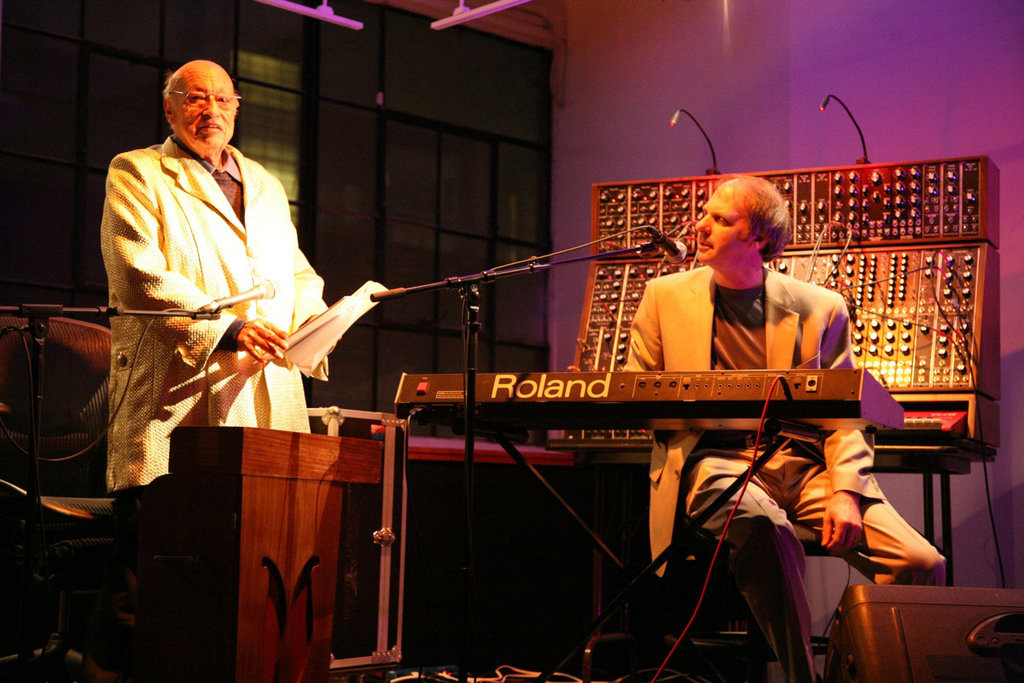 (Thanks Cees Wolvers for this tip) Jean-Jacques Perrey has long been recognized as a pioneer of electronic music. Along with his musical partner at the time, Gershon Kingsley, the duo recorded a landmark album: The In Sound From Way Out, which was released by Vanguard Records in 1966. Perrey went on to record over 24 more albums of electronic music during his lifetime. But prior to this seminal electronic album Perrey already had an impressive career as an electronic music pioneer, having been the demo man for Georges Jenny’s Ondioline, one of the very first proto-synthesizers.

Musique Electronic du Cosmos actually predates The In Sound From Way Out. The exact date is unknown, but it was probably recorded around 1962-3. Only 500 copies of Musique Electronique du Cosmos were produced. Some of the songs from this album later turned up on television commercials, most notably the song “Chicken On The Rocks”, which was used in a television commercial by the Ideal Toy Company in the ‘60s