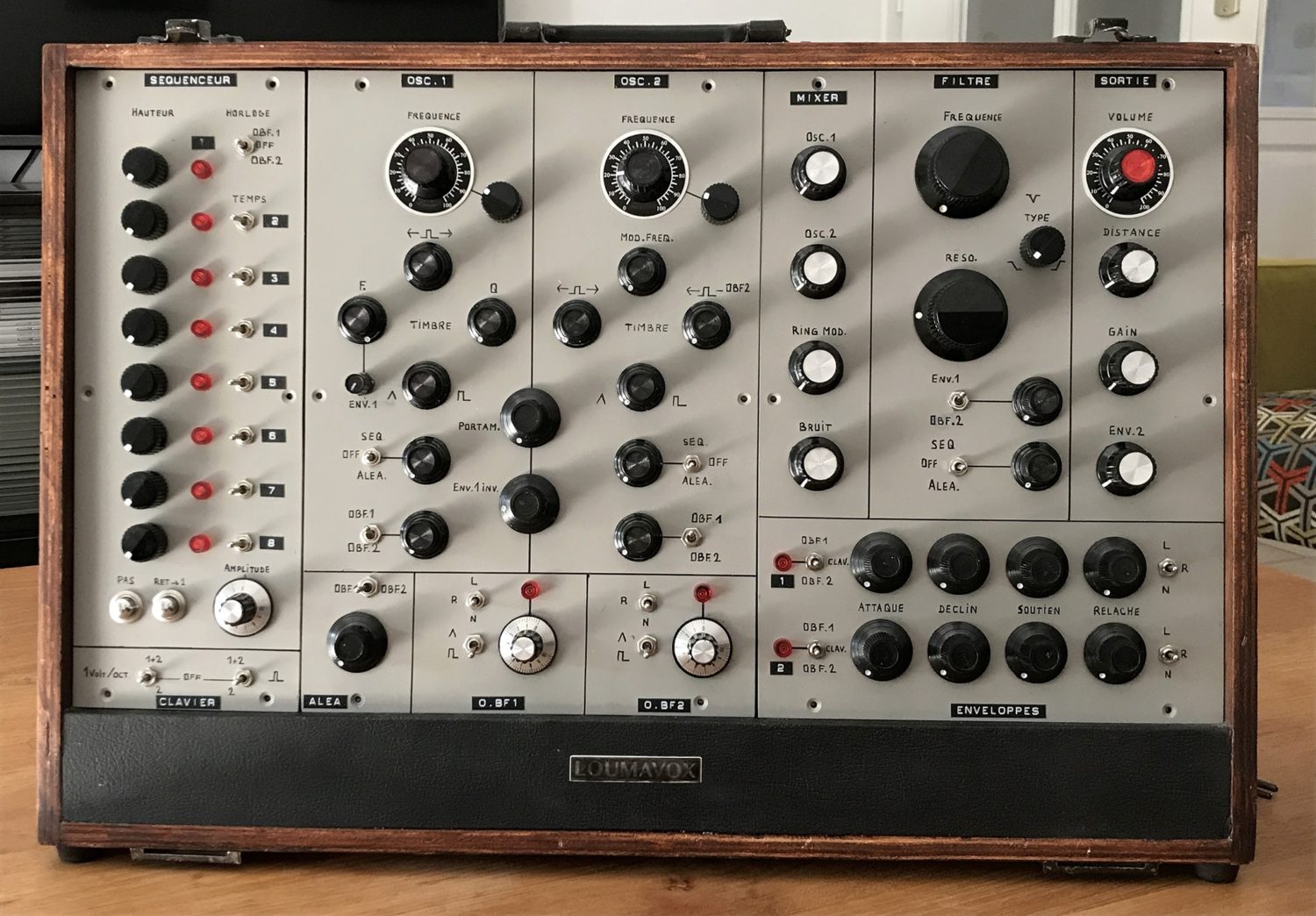 Is this a real find or is it a hoax?

Bob Moog with the Moog Modular (1964), Don Buchla with the Buchla Modular Electronic Music Sytem (1965), Peter Zinoveiff with the VCS3 (1969), Alan Robert Pearlman with the ARP 2500 (1970), Dave Smith with the Prophet-5 (1978). All Synthesizer pioneers who have strongly influenced electronic music and instrument design.

Musicians like Klaus Schulze, Tangerine Dream, Jean-Michel Jarre made these instruments popular and shaped the history of electronic music. But the real heroes are the geniuses behind these instruments. Without them the world of synths would be different. The synth history may, however, be expanded to include two previously unknown personalities: Louise and Marc Voksinski, the developers of the Loumavox.

Synthforbreakfast quest: do you know more about this mysterious synthesizer? Is it a real find or just a hoax created by a synth DIY builder or a manufacturing company?

Loumavox is a Synthesizer that no one knows. Until recently there were no pictures, no Wikipedia entry, no sound demo, no Hainbach documentary video… nothing. That changed suddenly by accident. Students from the agricultural high school in Courcelles-Chaussy/Metz (France) discovered by chance this synth beauty from the 1960s. It was developed by Louise and Marc Voksinki in the 60s, the time when Bob Moog, Don Buchla … were working on their first synths that made history.

Both French developers had plans to commericalze synth in big quantities. But this never happened because Marc Voksinski died in an accident in 1970. As a result of this incident, Louise decided to stop and never touch the project again. Thus the Loumavox was neither fully developed nor made public.

Look at this video about the Loumavox on youtube.