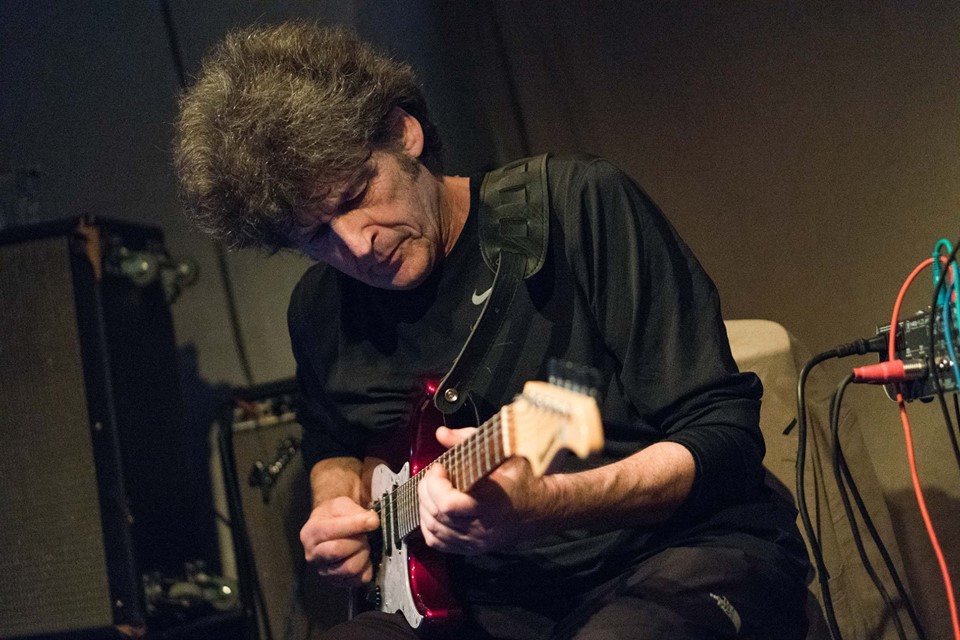 Richard Pinhas will be playing live in France & England on the following dates.

More info on the Richard Pinhas site or here.

Richard Pinhas recorded seven influential albums as the leader of French space-rock pioneers Heldon in the 70s, with a further five solo records before his six-year break from music in 1982. Since returning to the form in the 90s he has been prolific, collaborating with such luminaries as Merzbow, Yoshida Tatsuya, Oren Ambarchi, Barry Cleveland, and Wolf Eyes.

“Changes in my life really influenced this record,” Richard Pinhas tells of his new album Reverse. He speaks with good humor of its serious beginnings. “The wife of a friend of mine offered to read my Tarot cards. I’d never done it before and jokingly I agreed, because I was curious. And I had the worst reading possible. I don’t believe in it – I am very materialist, not financially but in my philosophy – so it was very strange that in the year that followed I lost my two parents, broke up with my girlfriend, lost my flat, and moved to Nantes. So the album was done in this confusion, in this chaotic state of having lost all these things.”

Reverse’s dark experimental noise and long repetitive tracks have an intimidating first impression. But listening to the whole 50 minutes leaves one feeling purified. Pinhas even says this album “fixed” and “resurrected” him. “The original title was ‘@Last’, because it was going to be my last album. But as I got better, I said, ‘well, we’ll reverse'”, he laughs. “It was a healing process for me to make this album. To get rid of all the negativity that occupied my brain. But that is all behind me now