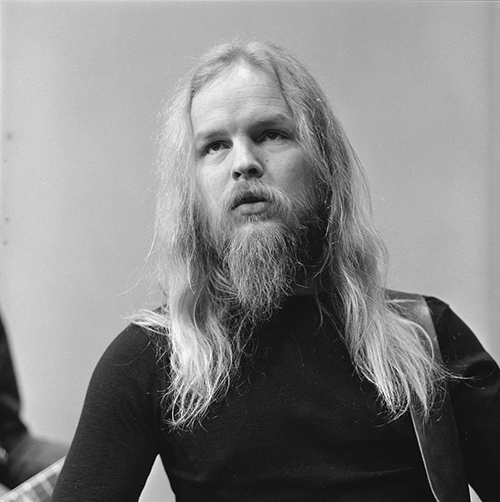 This week (November 11th, 2022) Chris Koerts passed away Koerts started a duo called The Singing Twins with his twin brother Gerard at the age of fourteen. With various musicians and via The Swinging Strings and Opus Gainfull, the company eventually evolved into Earth & Fire. Seasons, the first hit, was written by George Kooymans. After that, the brothers became the driving force behind the group, they wrote all the songs, including the successful Weekend.

In 1979 Koerts left the band to study musicology. With brother Gerard and Marcel van der Lans he recorded the CD Frames in his ML sound recording Studio in The Hague. It was released under the name “Earth and Fire Orchestra”, just like Escape.

Earth and Fire evolved from an innovative progressive and symphonic rock band into a pop group. They were most popular in the 1970s fronted by singer Jerney Kaagman, Earth and Fire had many chart topping hits in the Netherlands and elsewhere in Europe, though they never gained much popularity in the United Kingdom or the Americas. Their biggest international hit was “Weekend”, a number one single in the Netherlands, Switzerland, Germany, Denmark and Portugal.