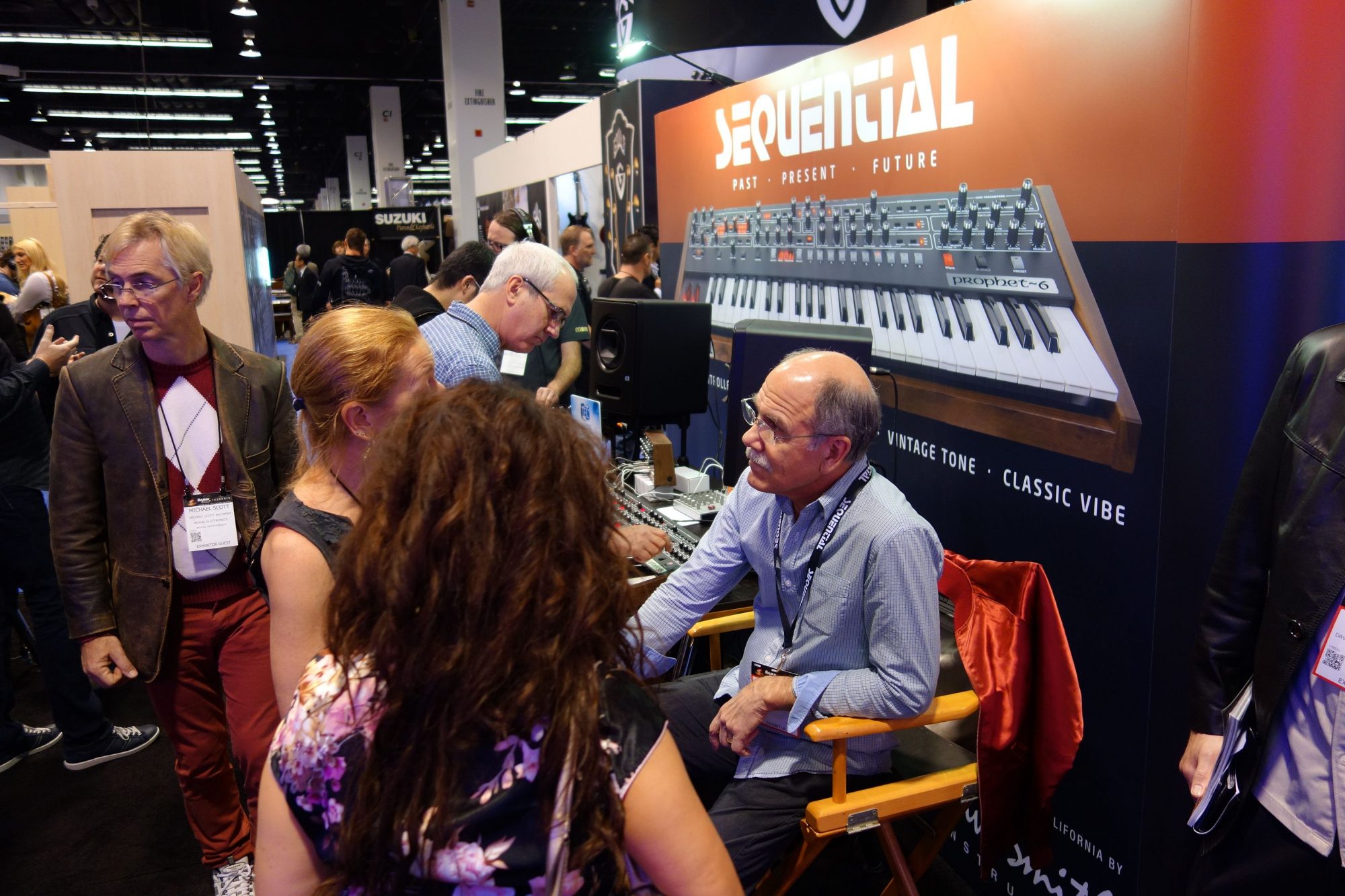 Sequential have revealed the Trigon-6, a six-voice polyphonic synthesizer which they say features all of the best qualities of their acclaimed Prophet-6 and OB-6 instruments, and offers their own take on the classic three-oscillator-plus-ladder-filter analogue sound that defined the dawn of the synth era.

The instrument is equipped with three newly designed voltage-controlled oscillators which offer triangle, saw, and pulse waves, and also features an enhanced version of the ladder filter that was originally created for the company’s Pro 3 synthesizer. The filter is a switchable two-pole / four-pole design, with dedicated feedback and drive controls that allow the synth to cover a wide variety of sounds with the turn of a knob. The Trigon-6 has a modest footprint, and is equipped with a four-octave keyboard that features semi-weighted keys with velocity and channel aftertouch.

A dual effects section provides a range of studio-quality effects including reverbs and delays, along with a chorus, flanger, phaser, and ring modulator. There is also an independent stereo distortion effect, which is an entirely analogue design and promises to add on-demand aggression to the instrument’s sound.

Yet more character can be provided by a Vintage knob, which introduces some variation in calibration and component behaviour on a voice-to-voice basis. This behaviour is adjustable, with the Trigon-6 able to emulate the stability expected from a perfect modern instrument, as well as the more unpredictable characteristics associated with vintage instruments.

Sequential say that the instrument boasts all of the sound-sculpting features that they have become known for, including “super snappy” envelopes, a syncable LFO which offers multiple waveforms and destinations, as well as an arpeggiator and polyphonic step sequencer. The Trigon-6 also sports a knob-per-function front panel, placing all of these controls directly at the player’s fingertips. 500 factory sounds are included, offering a wide range of classic basses, leads, and pads out of the box, with a further 500 spaces available for user presets.

Power is delivered to an internal supply via a standard IEC mains connector. The instrument measures 807 x 323 x 117 mm, and weighs 9.5kg.