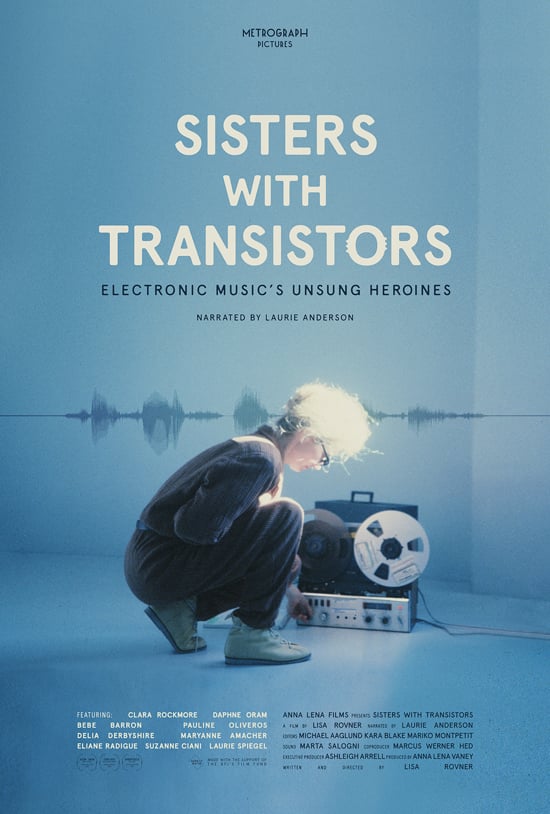 Update: currently this series is broadcasted by dutch Television: have a look here. And … also on Belgium Television, follow this link.

SISTERS WITH TRANSISTORS is the remarkable untold story of electronic music’s female pioneers, composers who embraced machines and their liberating technologies to utterly transform how we produce and listen to music today.

As one of the film’s subjects, Laurie Spiegel explains: “We women were especially drawn to electronic music when the possibility of a woman composing was in itself controversial. Electronics let us make music that could be heard by others without having to be taken seriously by the male dominated Establishment.”

With the wider social, political and cultural context of the 20th century as our backdrop, this all archival documentary reveals a unique emancipation struggle, restoring the central role of women in the history of music and society at large.

With Laurie Anderson as our narrator, we’ll embark on a fascinating journey through the evolution of electronic music. We’ll learn how new devices opened music to the entire field of sound, how electronic music not only changed the modes of production but in its wide-ranging effects also transformed the very terms of musical thought.

Sisters with Transistors is more than just the history of a music genre: it’s the story of how we hear and the critical but little-known role female pioneers play in that story.

Note: if you can’t watch the full video through the official website, you could try youtube and search for “Sisters with Transistors: Electronic Music’s Unsung Heroines with Lisa Rovner and Marcus Werner Hed”