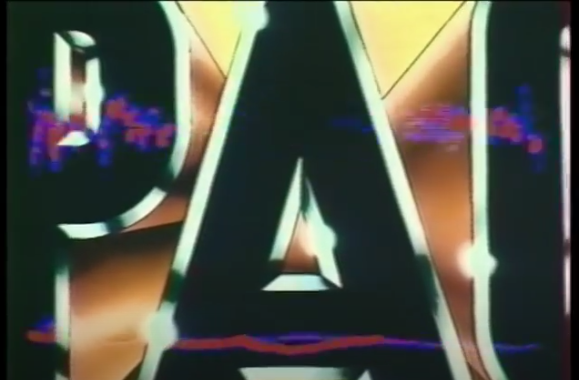 We noticed this fun FB group Decade 77-87 – a grown up disco: new wave, punk, postpunk, goth & indie, which sometimes covers electronic artists that were influencial those days. Follow them here. They published this article about Space. Please note all (c) are with Decade 77-87, the authors and musicians mentioned in the article.

A worldwide hit in 1977, Space’s ‘Magic Fly’ was way ahead of its time and an undeniably significant moment in the development of both space disco and synthpop.

The jazzy visual effects and DAFT PUNK inspiring space suits were certainly something else, at least by the standards of 1977, when most people had only recently upgraded their black and white TVs to colour.

With its catchy melody, bouncy beat and oddball sci-fi vibes, the record itself was a notable launchpad for the cornucopia of synthy magic that was space disco.

But with success came disagreements between the songwriter and the producer, with tensions over how to take the band’s popularity to the next level.

“Just over 40 years ago, dancefloors across the world were smitten with a seven-inch single that sounded like it had arrived from somewhere beyond our galaxy, a strange alien melody threading its way across a bed of perfectly regimented, discothèque-friendly rhythms,” wrote Mat Smith for Electronic Sound.

The track was ‘Magic Fly’ by a mysterious band called Space, whose members’ identities were shielded by cosmonaut helmets.

But beneath those helmets, and behind the studio controls, were a group of talented session musicians, a highly-skilled producer and promoter, and an award-winning, classically-schooled French singersongwriter with a proclivity for composing memorable synth hooks.

‘Magic Fly’ orbited the upper reaches of the world’s singles charts in 1977, only prevented from securing a Number One here in the UK because of the inconvenient passing of Elvis Presley.

The song was innovative, ahead of its time, and an undeniably significant moment in the genesis of synthpop, then just a few Earth years away. It presaged three albums of similarly astral synth music, but Space’s outward success disguised disagreements over control between its songwriter and its producer, tensions over how to take the band’s popularity to the next level, a loss of identity and many years of lawsuits.

‘Magic Fly’ was the work of French musician Didier Marouani and producer Jean-Philippe Iliesco De Grimaldi. Jean-Philippe had been commissioned to produce the theme tune for a TV show about astrology and he invited Didier to compose the music. It was good timing, as Didier had just bought his first synth, a single-oscillator ARP Axxe.

“When I bought the ARP, I came back to my home and quickly set up the synthesiser,” says Didier. “When I got the right sound, it took me five minutes to compose ‘Magic Fly’. Five minutes! But the demo version didn’t have beats. It was completely spacey – just the ARP melody and other synthesisers. Everyone who heard it told me it was a huge hit and said that I had to record it.”

“I’d been in my office listening to the tape over and over again thinking, ‘What can I do with this?’,” recalled Jean-Philippe in a video interview shot before his death in 2015. “Kraftwerk were Number One in France at that time and I said, ‘That’s it, I’m going to make an electronic dance record’. I called Didier and I said, ‘We’re going to double the tempo and put a bass drum all the way through it’. And he said, ‘Are you crazy?’.”

Cerrone’s ’Supernature’ and ‘Magic Fly’ unleashed a torrent of space disco. By 1978, every European bandwagon jumper had made at least one stab at it.

Perhaps the craziest of them all was Ganymed, an Austrian group comprising of silver catsuit-clad singer Yvonne Dory and four space Muppets, who had a European hit with ‘It Takes Me Higher’. There were also some highly successful cash-in efforts, firstly Sarah Brightman & Hot Gossip’s ‘I Lost My Heart To A Starship Trooper’, written and produced by a pair of Welsh sound engineers who were previously best known for the one-hit wonder ‘Barbados’ by Typically Tropical.