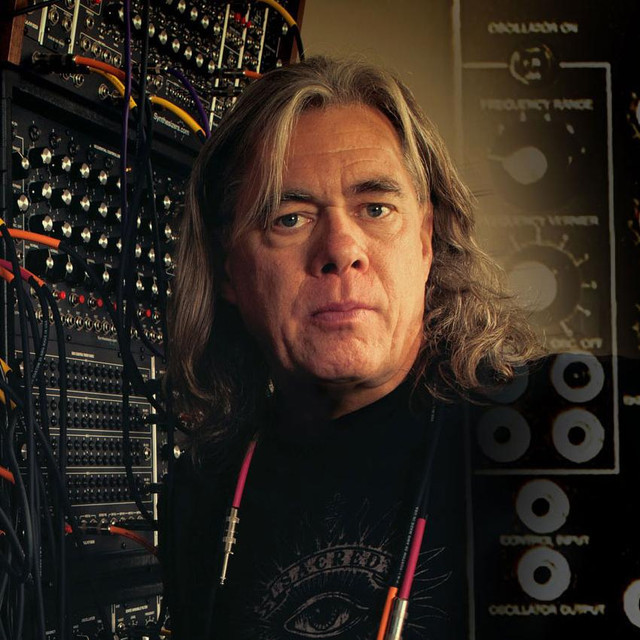 At reverb you can find this great interview with Steve Roach.

“One sits down on a desert sand dune, sees nothing, hears nothing,” writer and aviator Antoine de Saint-Exupéry once wrote. “Yet through the silence, something throbs, and gleams…”

Over the years, several artists and producers have sought out sonic inspiration from that same solitude of the desert, but few are more attuned to its landscapes—and how to transform space into sound—than Grammy-nominated veteran synthesist and ambient music pioneer Steve Roach.

As a young motocross racer in Southern California in the early 1970s, Roach was immersed in progressive electronic music through listening to the likes of Klaus Schulze and Tangerine Dream. He began collecting synthesizers shortly after, and at the turn of the next decade embarked on a musical journey fixated on space, silence, and the suspension of time.

My personal introduction to Roach’s craft was through his seminal 1984 record Structures From Silence, a classic of ambient music that entered my life shortly after moving to New York. Consisting of three longform compositions that cultivate drifting drones and transcendental textures, it arguably remains the closest an electronic musician has gotten to getting their synthesizers to sound like they’re breathing.

“These instruments have so much potential for expression and subtlety,” Roach explained during an in-person interview on the eve of his premiere performance in NYC, held at the Church Of The Heavenly Rest overlooking Central Park. “What are you going to say with that—are you going to say it just for the sake of saying you got some really cool gear or you just got ten more modules? Taking in the outside world and using that to create a sense of expanse—that’s a whole lifetime of expression.”

Over the course of our two-hour conversation held at a midtown Manhattan pub next to his hotel, we took a deep dive into his four-decade-plus prolific production career, his relationship to the concept of immersion and the New Age genre, and his travels to aboriginal Australia as documented on his 1988 masterpiece Dreamtime Return. We also discuss all kinds of synthesizers and hardware—ranging from Oberheim’s early polysynths to Eurorack modules—and how his rig has changed over the years.