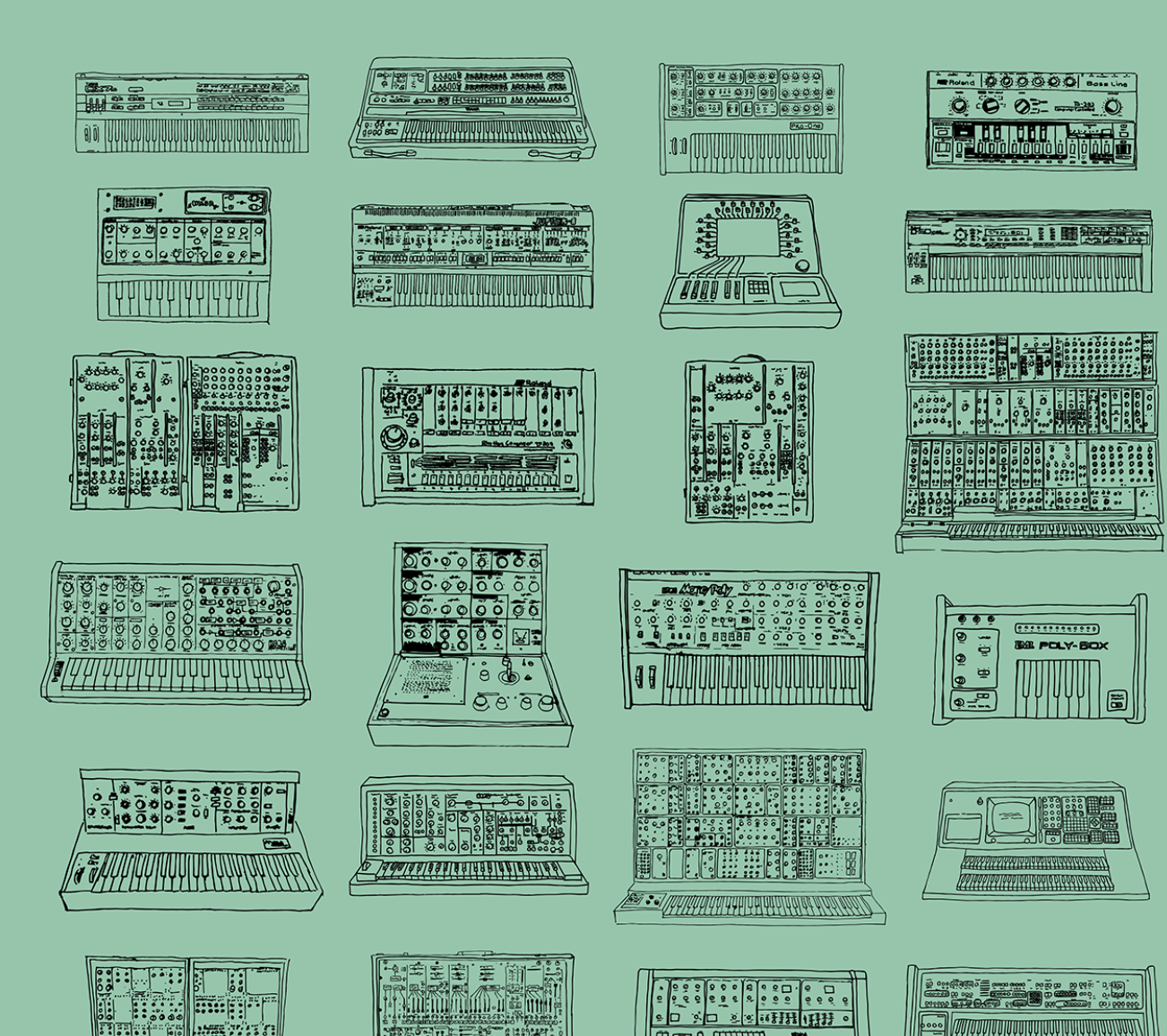 Book – SYNTHESIZER EVOLUTION: FROM ANALOGUE TO DIGITAL (AND BACK) by Oli Freke.

From acid house to prog rock, there is no form of modern popular music that hasn’t been propelled forwards by the synthesizer. As a result they have long been objects of fascination, desire and reverence for keyboard players, music producers and fans of electronic music alike. Whether looking at an imposing modular system or posing with a DX7 on Top of the Pops, the synth has also always had an undeniable physical presence.

This book celebrates their impact on music and culture by providing a comprehensive and meticulously researched directory of every major synthesizer, drum machine and sampler made between 1963 and 1995. Each featured instrument is illustrated by hand, and shown alongside its vital statistics and some fascinatingly quirky facts.

In tracing the evolution of the analogue synthesizer from its invention in the early 1960’s to the digital revolution of the 1980s right up until the point that analogue circuits could be modelled using software in the mid-1990’s, the book tells the story of analogue to digital – and back again.

Tracing that history and showing off their visual beauty with art-book quality illustrations, this a must for any self-respecting synth fan.