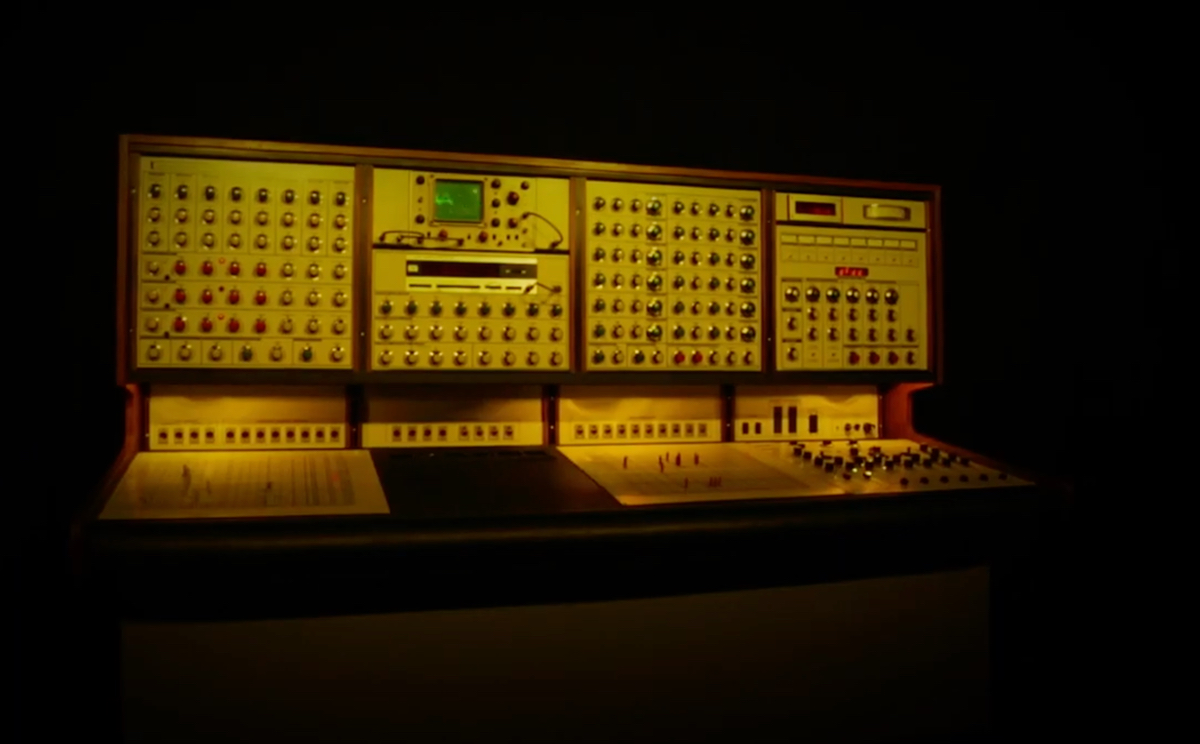 The following article contains an interesting synthesizer survey in 1972, published in the Studio Sound magazine

Obviously not a lot of different synthesizer brands were available at the time. Although we believe that this survey is not complete (at all), it is very interesting to read about the different systems and their capabilities.. Especially the ARP 2600, the EMS synthi and modular Moog systems. And if you read carefully you will see some quite rare synths as well.

The full text is below the images.

Rightly or wrongly, R. A. Moog is generally credited with the onginal development of the voltage controlled mus ic synthesiser. Certainly he was the first to manufactme synthesisers on a commercial scale. His problem was to produce a link between the natural Jaws of electronics and the conventions of music. Voltage control was at th at time, just a few years ago, one of various techniques employed by pioneer electronic music composers. Moog recognised it as a versatile means of automating an infinitely versati1e yet highly labour intensive art form. A vc synthesiser comprises, in one cabinet, many of the electron ic tools formerly available (if at all) only as separate units. Moog offered more than compactness: the ergonomic convenience of an integrated synthesiser compared with a scattered array of physica1ly and electronically i1l matched components. That at least was the theory. In practice, the Moog system suffered from the same failing that beset the casua1ly assembIed equipment it was trying to replace. Routeing between modules was (and stiJl is) by jack patch cords, raising difficulties if an operator wished to connect one output to a large number of inputs or vice versa. An addi tional problem with patch cords is their tendency to obscure the jack field which in Moog equipment is the con trol face itself. Despite this, the Moog name is as firmly established among musicians as the name Hoover among housewives. The fact that Moog is really pronounced Moge, Moag or Mogue is neither here nor there. Another American manufacturer, Tonus Incorporated (pronounced ARP) found a tidier and more versati1e altemative to patch cords, in the shape of 20 position switch rows. The ARP 2500 using this principle is field tested on page 39. Another ARP, another routing system: the smaller 2600 combines Moog-style input/output jack sockets (miniature in this case) with internally wired module conoections made by opening slide faders. The trouble with prewiring is that it can impress preconceived notions on the performer’s mind, severely rest ncting tonal variety. Tbe most logical, pbysically convenient and versati1e method of routeing synthesiser modules is the pin matrix system employed by Elect ronic Music Studios (London) Ltd. This compaoy produces two basic syntbesisers, the smallest being variants of tbe VCS3 with a 16′ matrix. Largest is the Synthi 100, iocorporating two 60′ matrices. The connections of one output to 60 inputs through a 60 2 matrix would take one or two minutes; the time needed to insert 60 patch pins along one output row.  The same task using patch cords could take an bom’s soldering, unless you were fortunate enough to possess a one-to-60 way patch lead. The ARP 20 way switch bank comes unstuck if you wish to route more than 20 inputs independently to 20 outputs. Patcbing one switch bank to another in the 2500 ralses this limit to 40, still less than the capacity of a pin matrix which normally equals the number of signal outputs. As synthesisers grow more complex, these practical operational factors will acquire major importance. The pin matrix must inevitably become a standard, as will another EMS innovation: the digital sequencer. Preparing a sequence by individually tuning presets (the facility offered by Tonus and Moog) is crude and inefficient. Tbe Synthi 100 sequencer can be programmed direct from a keyboard and stores up to 256 events in six sin1Ultaneous parameters.

Two companies, Dewtron and Chadacre, have recently started producing individual voltage control modules. Chadacre are the first mixer manufacturer to enter the synthesiser market. They will undoubtedly be followed by others, with the li kely effect th at voltage control techniques will start to appear in stud io mixing desks. Tbe Chambers Dictionary definition of synthesis is ‘building up, putting together, making a whole out of parts’; syn/he/ic as ‘artificiaJly produced but of like nature with, not a mere substitute for, the natural product’; and syn/hesise as a faulty form for syn/hetise. Whichever way you read it, the synthesiser/ synthesizer/synthetiser is no more artificial than a saxophone. The one produces sound from vibrating electrOl1lcs, the other from a vibrating reed, the harpsichord from vibrating strings, the glass harmonica [rom vibrating glass and the aeolian harp from vibrating air currents. Artificiality only arises when electronic means are employed to imitate non-electronic instruments. At the present state of the art, sucb exercises are neither convÎncing nor profitable. A no violin can produce vastly more complex wave structures than the largest electronic synthesiser so if you need a violin, lIse a violin. If yOll desire effects unJike anything previously heard by man or beast, then use a synthesiser. But, for the love of music, avoid the trap which faces composers of electronic Pop: using af.7,500 synthesiser to imitate unconsciously but all too successfully a cheap divider organ. lt has been done and it degrades the most promising invention since the development of the chromatic keyboard.

Sequencers A and B

Blank panels with space and power-supply wiring for conversion to Complement B. 994 jack multiples panel (console models only). 910 power supply (mounted inside on console modeis, on top of case on portable models.