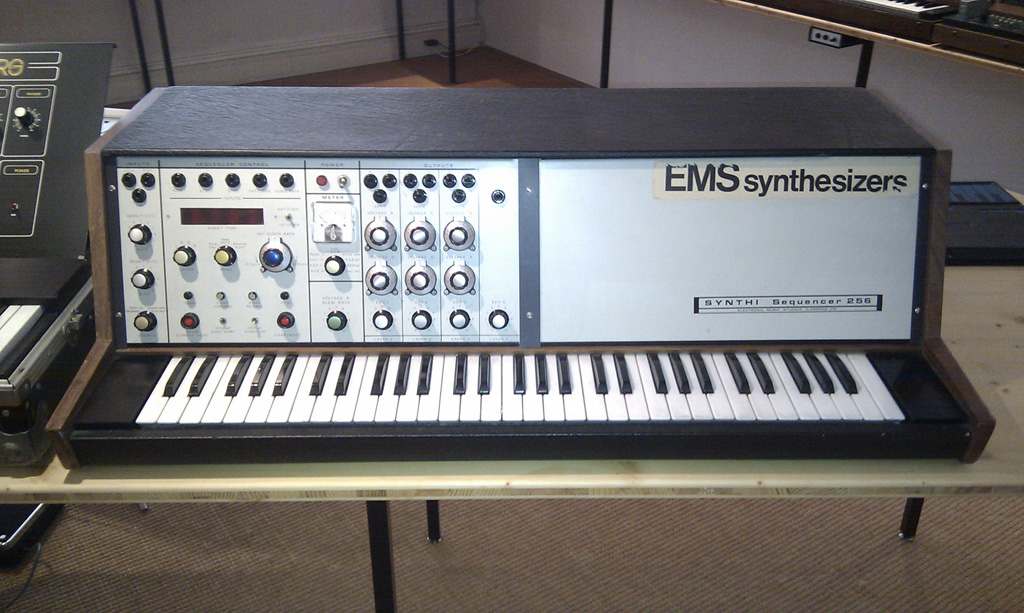 Fortunately, there are still quite some Synthesizer museums (all over the World). When we hear about such a museum, we’ll gladly mention it.

The Synthorama Museum for Synthesizer is located in Luterbach, Switzerland (contact info below).

The Synthorama is a museum for electronic musical instruments. It presents 360 mostly analog synthesizers and 60 rhythm machines from 10 countries on around 400 square meters. Organs are not in the collection. The instruments shown give a good overview of the music history of the last 80 years. The oldest instrument from 1931 is an RCA “Theremin”, developed in 1920 by the Russian inventor Lev Sergeivitch Termen. It is one of the actual early forerunners of today’s synthesizers, as they increasingly graced the music stages in the 1960s, made popular by the rock band Emerson Lake & Palmer, among others.

Watch this great video: a virtual tour through Synthorama.

Well-known manufacturer names such as “Moog”, “ARP”, “Buchla” or “EML” as pioneers, but also “Oberheim” and “Sequential” form a solid basis in the collection of American synthesizers, which awaits visitors on the ground floor. The basement is dedicated to European and Japanese instruments. Here, too, the development of synthesizers, which began in the early 1970s, can be followed as it took its course outside the USA. Europeans can listen to well-known brands such as the German-English co-production “EMS”, the Italian cult synthesizer “Elka Synthex” or the French “RSF Kobol”, but also lesser-known brands from the former GDR, the Czech Republic, Russia, Estonia or Sweden can be found.

The fact that the Japanese were also involved in the manufacture of synthesizers at this time can be seen from the sometimes monumental instruments from “Korg”, but also from the large variety from the “Roland” and “Yamaha” camps. Also in the basement, the strangest rhythm machines of all kinds are beating.

The collection ends in the 1980s, because with the advent of the legendary DX-7 digital synthesizer from “Yamaha” in 1983, the first model with a standard MIDI interface, analog synthesizers quickly disappeared and most of American manufacturers stopped production.

Throughout the museum, with a few exceptions, visitors have the opportunity to try out the instruments provided and to enjoy the sounds produced. However, the prerequisite for this is that you bring your own headphones and plenty of time in reserve. Guided tours are also offered at no additional cost.

The museum is open every first Saturday of the month from 10 a.m. to 4 p.m. In addition, there is the possibility, especially for groups, to gain access to the museum outside of these times by prior arrangement.
The museum is closed in January. Please note that smoking is strictly prohibited in the entire building.

In addition to the exhibition, the Synthorama also offers a repair service for synthesizers.

The Synthorama is in Luterbach, 4 km from Solothurn and can be easily reached by train (Luterbach-Attisholz train station), car (A5 motorway, exit 33, Solothurn Ost), bicycle, skateboard or on foot (coordinates : 7° 35′ 15.3″ E, 47° 12′ 55.7″ N). Synthorama Museum for synthesizers
Martin Hollinger Hauptstrasse 154542 Luterbach