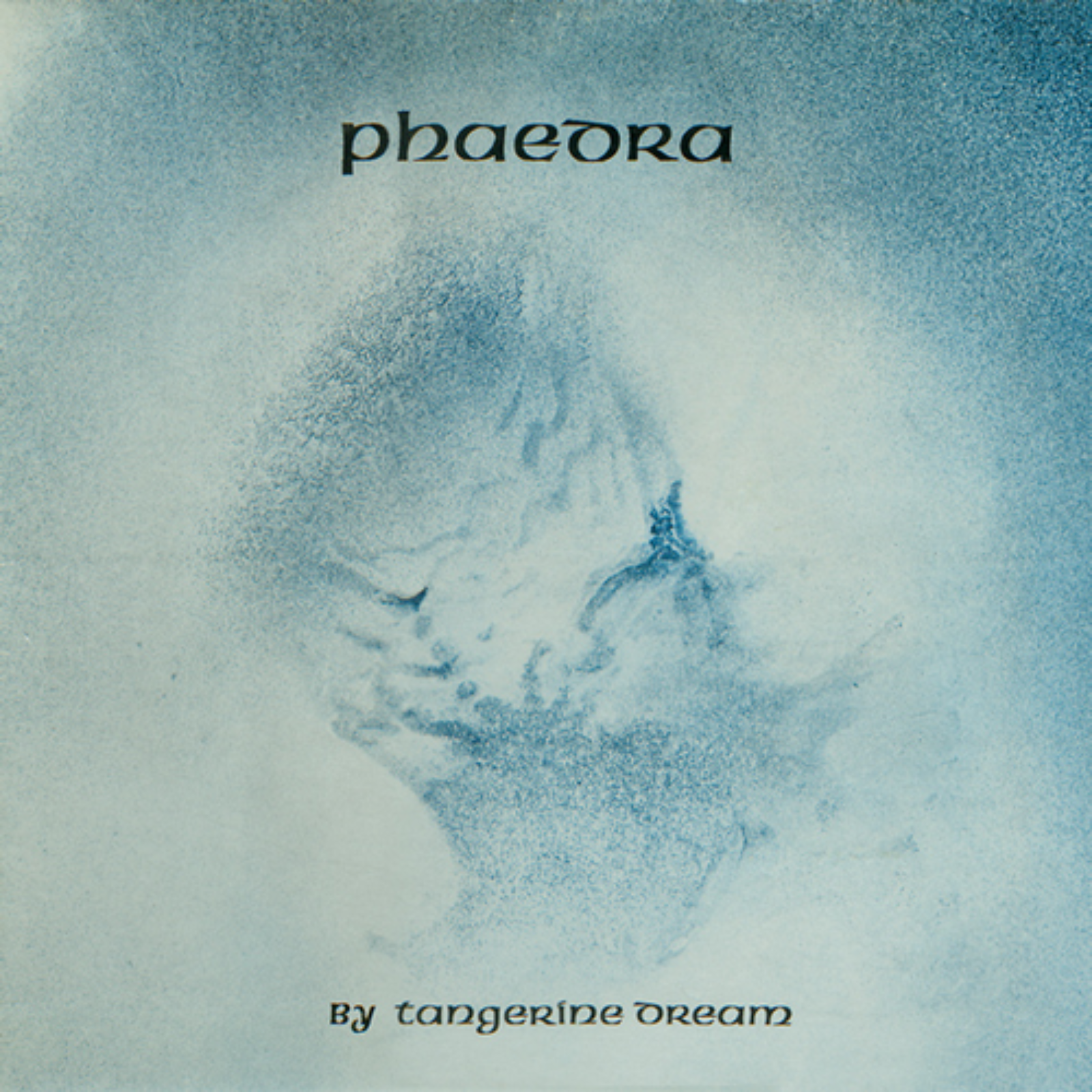 German pioneers proceed without their frontman.

Dekmantel Festival opens with a guest of honor from the history of electronic music: the German synthesizer pioneers Tangerine Dream, a primal group that has been around for fifty years. But hold on: founder and only constant member Edgar Froese passed away in early 2015. The current band members all only joined in the new millennium. Do they bring Froese’s heritage into the future? Is that possible?

Can you continue as a band without your frontman? It remains one of the biggest issues in pop history. An urgent issue, moreover, now that more and more great pioneers are entering the last phase of their lives. Can you carry on if you lose face? In most cases, the answer is simply no. With the face and the voice the music dies. But there are counterexamples. AC/DC for example, which only got bigger and more successful after the death of singer Bon Scott. It’s difficult, but it’s possible. But let’s take it a step further: can you go on without even a single original member in your line-up? Is that possible?

Edgar Froese was born on an important day in the history of Europe: June 6, 1944. On the day that the collapse of the German Empire began in Normandy, a seed was planted in Tilsit in East Prussia for a new future. More than twenty years later, Froese founded Tangerine Dream in Berlin. At the end of the sixties, he roamed the creative circle around the Zodiak Free Arts Lab, a stage where experimental music based on the German model takes center stage. That is to say: music that is not based on rock ‘n roll, but is related to the minimalism of Karl-Heinz Stockhausen and Philip Glass. Abstract music in which layered repetition is much more important than ordinary couplets and choruses.

Most Tangerine Dream pieces are even completely instrumental, and the band certainly doesn’t meet the three-minute standard. Nevertheless, the band was successful. Many thousands of albums were sold. Remarkable in our current music climate, but next to the progressive rock of Pink Floyd or Yes also not so strange. And Tangerine Dreams music may be instrumental, in most cases it is not inaccessible avant-garde. It is music that evokes associations with dreams or space travel, there is room for melody. It is – to put it simply – beautiful music, not a repulsive experiment. When Tangerine Dream released classic albums

Phaedra and Rubycon in the mid-seventies , Thorsten Quaeschning wasn’t even born yet. Tangerine Dream laid the foundation for ambient techno with those albums and gave prog rock an abstract electronic branch. While the band released albums year after year – in the eighties and nineties especially many soundtracks – Berliner Quaeschning initially developed into a classical musician, before ending up in gothic rock and progressive rock. Unbeknownst to him, he ended up on Edgar Froese’s wish list in 2003. ‘As you know, Tangerine Dream has had many different compositions over the years,’ explains Quaeschning. And Edgar was looking for musicians for a 14-day job in his studio in Vienna. It was very important for Edgar to find musicians who play just the right instrument. That makes it much easier to forward files.’ In other words: without knowing it, Quaeschning had the perfect resume for Tangerine Dream. In addition, his classical training enabled him to write music better than the master himself.

Master yes, that’s how Quaeschning describes the Tangerine Dream band leader. ‘The best teacher I could wish for. When I met him I was in my twenties and he was in his fifties. He is one of the ten or twenty people who single-handedly invented electronic music. He knows every detail of every instrument, has seen everything and met everyone.’ No wonder that a kind of sacred awe grew among new band members, and that the course that Froese set was obviously carried out. So Froese decided that he wanted to bring Tangerine Dream back to its roots, to the symphonic electronic experiments of the seventies, but then in terms of sound adapted to our times. In any case, it meant that the composition of the band was changing. Get rid of the guitars and percussion. ‘With symphonic music he didn’t mean symphonic instruments, but a way of composing. At that time Ulrich Schnauss joined the band.’ The third member at the moment is a Japanese woman named Hoshiko Yamane.

With that shift, Froese put an end to a series of kitschy albums that Tangerine Dream made in the late 1990s and early 2000s. We forget the experiments with drums and saxophones and the velvety New Age softness. And we find that Tangerine Dream was at an interesting moment in its history when Froese died. A very productive moment too, because the band works like crazy, with an average of three albums a year. “Even on Christmas Eve, Edgar calmly sent you a Dropbox folder with new sketches,” Quaeschning says. “There are still hard drives full of ideas.” He describes the band’s work ethic. Froese was demanding, and the new leader continues that. ‘The first two weeks that I worked with him I lived in the studio. I have not been outside the house during that period. Then I was offered an apartment in Edgar’s house. I lived there about six months a year. The other months we went on tour, or did something else to give the people who needed a breather. Tangerine Dream still works like that. During the recording of Quantum Gate , Ulrich’s bed was next to the drum kit.’

And then Froese died. Although he was seventy, his death was completely unexpected, according to his relatives. But whether Tangerine Dream would disappear into the grave with him was not even a question, says Quaeschning. In fact, Froese himself had long since decided that the band had to go on without him. ‘Or as former member Peter Baumann once said: the concept is more important than the band. An idea can live for a hundred years, much older than us.’ Froese’s widow supports the continuation, as does Baumann. Froese’s son Jerome – also a former band member – doesn’t like it. He calls it opportunism. ‘People have often asked me if I would take over when my father retired. I’ve always said “no,” and I’ll stick to that. […] Tangerine Dream was my father. My father is dead and so is Tangerine Dream.’

But now let’s go along with the band’s mindset. This is how you should see Tangerine Dream, as a concept, as a vision of music, carried forward by people with memories. This makes it different from, for example, an orchestra that performs work by Beethoven without a personal connection with the composer. It’s different from the tribute bands we see more and more often in pop venues, bringing the oeuvre of bands from the past – from Bob Marley to Queen – to their audiences. It is more reminiscent of, for example, Sun Ra Arkestra, the jazz band that still performs almost thirty years after the death of the namesake. Could it be a coincidence that this band also has a special cosmic vision of music?

Will it be a good concert? Does Tangerine Dream lack the charisma and leadership of Edgar Froese or can Quaeschning stand up as the new leader? The answer could lie in the work that Tangerine Dream released after Froese’s death: Quantum Gate/Quantum Key , a comprehensive album that indeed pretty much contains what Quaeschning promised: music reminiscent of the classic Tangerine Dream, and that really feels like contemporary. That is of course also possible, because it is precisely the work from the late seventies and early eighties that is highly valued at the moment. A producer like James Holden harks back to the classic krautrock sound of the 1970s, while their early 1980s soundtrack sound is back in the spotlight thanks to Stranger Things . Film director John Carpenter – who also composed amazing electronic soundtracks – is touring the world as a musician for the first time. And Tangerine Dream itself, which in 2013 ended up on the soundtrack of the super popular video game Grand Theft Auto V , a game where you as a career mobster can steal cars and then switch on the most diverse (and coolest) radio stations. ‘More than seventy million copies sold’, Quaeschning laughs. “Try to do that with an album!”

Tangerine Dream opens Wednesday 1 August Dekmantel Festival in the Muziekgebouw Aan ‘t IJ. Four Tet will also perform that evening. Thursday is a full festival day in various halls around the IJ. On Friday, Saturday and Sunday the festival will move to the Amsterdamse Bos. (please note: this is an old publication from 2018)