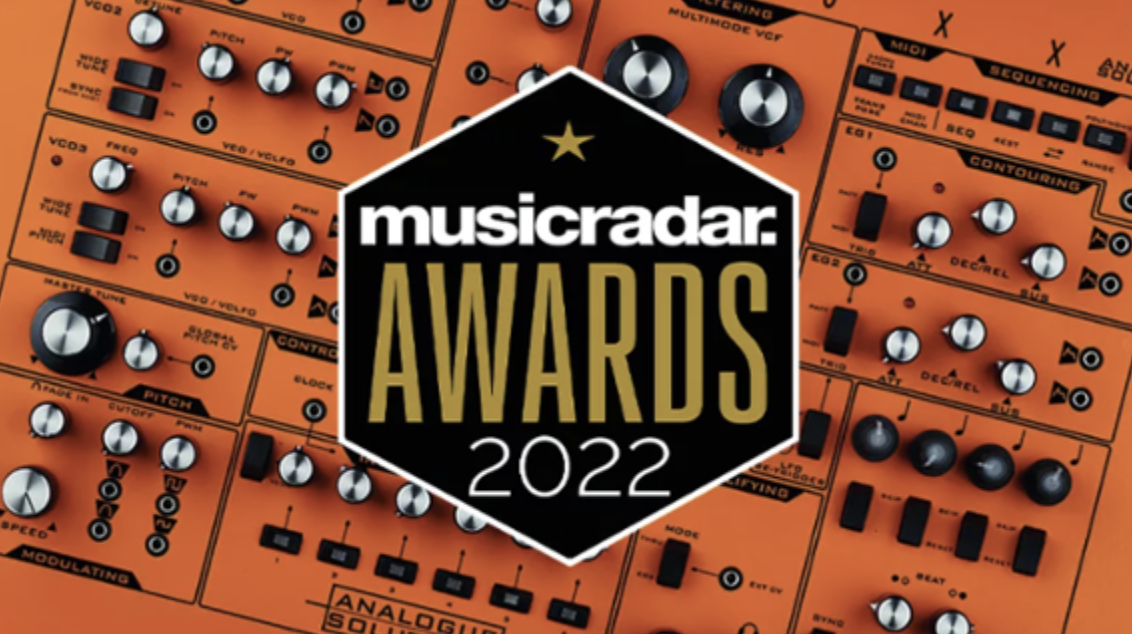 Musicradar.com recently published this feature of ‘best synths of 2022 – as decided by you’. It’s an interesting list. The original article can be found here. Please note that we are in no way involved with MusicRadar, nor with compiling this list: we do not earn money from this publication. We just forward this news to our synthforbreakfast fans.

After what feels a bit like a two-year pause in the industry, the post-Covid supply lines seem to be slowly coming back up to speed. Which is a good thing too, as the pandemic didn’t seem to dampen most synthmanufacturers’ thirst for development and in 2022, we started to see some of the fruits of those labours.

We saw the return of old favourites in the Oberheim OB-X8 and more and more new developers enter the fray such as the likes of Nunomo.

However, it wasn’t all great news as we learned of the devastating news that synth-pioneer, Dave Smith, had passed away in June. A true icon in the field and one that will be greatly missed by those who knew him the most and the synth community as a whole.

As is customary for this time of year, we asked you to vote for your favourite hardware synthesizers of the past 12 months. Be they huge all-analogue behemoths, or pocket-sized digital marvels, you voted in your droves, for the one you think should take the top spot. So, without further ado, here are the 10 best new hardware synths of 2022, as decided by you.

You’d be forgiven for thinking we’ve lost the plot and listed a five-year-old monosynth on this list. Fear not, for this is the newly updated version of Analogue Solution’s orange beastie, the Fusebox X.

Black switches and end cheeks; silver-ringed patch points; a sequencer in place of the old arpeggiator and a new tuner, (something we wish more synths had), ring the changes. But the big difference is behind the scenes: the switch from monophonic to triphonic (3-note poly), which really gives the X that extra factor.

Picking up where the paraphonic MicroFreak left off, MiniFreak is a new polyphonic hybrid synth from Arturia. This offers six voices, two sound engines, a 37-note slim keyboard, built-in stereo effects and both modulation and sequencing features aplenty. It also comes with a like-for-like plugin instrument, MiniFreak V, for free

The sub-$/£600 market for digital synths is rather a busy one, so if you’re bringing something new to this well-stacked market then it better be good, or at least unique. Luckily for Arturia’s MiniFreak, both apply.

This follow-up to the MicroFreak doesn’t just add a proper 37-key keyboard to replace the touch-capacitive and somewhat Buchla-esque keybed of the Micro, despite there being slim keys and not full-size. No, there are plenty of improvements here to warrant an upgrade.

It’s now polyphonic and complimented with an improved synth engine and analogue filtering and VCA. All of these improvements combine into what is just a more playable machine.

As big-ticket synths go, they don’t get much bigger than the first proper Oberheim to be manufactured in a long time. This is ‘analogue synths like they used to be’ and you only have to meet one in the flesh to understand why. It’s huge!

Of course, this size is more than backed up sonically with an unmistakable Oberheim voicing. The OB-X8 combines OB-X, OB-Xa, and OB-8 into a single instrument, hence the name and delivers in capturing those past glories.

Further enhancements include additional SEM filter modes that add high-pass, band-pass and notch functions to the classic OB-X filter, while a vintage knob allows you to dial in adjustable amounts of voice-to-voice variability, emulating the behaviour of those vintage instruments.

Another updated synth classic (albeit slightly more modern) comes in the form of the OP-1 Field from Teenage Engineering, but not in the way that we were expecting. The initial marketing wanted to let us know that this version is “100 times better” than the original, by going as far as listing all 100 features.

That’s not to say that the original OP-1 is broke, far from it, but with ever-advancing technologies, it did need to catch up a little.

It’s a divisive one for sure, but TE has retained all the charm of the original and added some very useful and much-needed new features, including better sampling, battery life and stereo synth engines.

While the price holds many people back, it’s still an unbelievably fun and powerful tool for creating music on the go.

2022 will forever be remembered as the year we lost a true synth legend in Dave Smith. The legacy that he left in the music world will never be forgotten.

Over the years, whenever a Dave Smith or Sequential instrument is released, it’s pretty much a guarantee to be featured in our end-of-year polls, and for good reason.

This year’s offering of the Take 5 was no different and heralded a new era of Focusrite’s ownership of the Sequential brand.

The Take 5’s design clearly follows the architecture of the Prophet-5 Rev 4, but wraps it up in a far more affordable package, what’s not to love?

In Dave’s words: “Packing this much performance power into such a small footprint was the kind of challenge we love. Throughout development, we were amazed by how huge this synth sounds and how crazy versatile it is. It was a joy to work on and I’m looking forward to hearing what our customers create with it.”

Building on the impressive debut of the original Hydrasynth, the Deluxe edition was always going to be an all-singing and dancing version. Featuring two Hydrasynth sound engines and a 73-note keyboard, this version wears the ‘Deluxe’ moniker well.

The increased voice count on the Deluxe makes a difference in Multi Mode where the extra polyphony allows for more complex sound design and layered or split patches.

This flexibility of approach also means you could simply use the two sound engines as entirely separate synths, particularly as they each have their own set of outputs available.

For a while now, it’s been evident that Akai’s MPC 2 software has gotten very powerful and is starting to blur the lines of distinction between DAW, workstation and sampler.

So it was with little surprise that the InMusic brand announced the release of the MPC Key 61 this year and with some new instruments from AIR Music Technology has fully taken what was once a humble sampler into the realm of the hardware synthesizer.

This all-in-one bar has been raised significantly. You could create any type of music with this, you could even write a whole album!

The Volca FM 2 from Korg might come in at $20 higher than the original, you certainly get more bang for your buck in terms of upgrades.

First and foremost is a doubling of the polyphony from three to six voices. The other major addition is a new reverb, which joins the chorus from the original.

The Volca FM was already a favourite of ours and this refresh enhances it in some major ways. There are more powerful and versatile FM synths on the market, but this is an unmissable source of retro digital tones at a great price.

Scaling things down even further is the Qun MK2 from relative newcomers, Nunomo. While the exposed nature of the chassis might be a turn-off for some, the Qun mk2 does deliver, sonically, in a manner that belies its diminutive size.

Although the physical feel isn’t totally inspiring, in use the Qun mk2 really is. We’ve found it to be a wonderful tool for experimentation that won’t break the bank, or, for that matter, your back when you’re on the move.

Having been alerted to its possible revival after the Jupiter-X and Xm outings, the release of the Juno-X was perhaps one of the most hotly anticipated remakes of recent times.

The Juno-X features a full-fat version of Roland’s all-digital Zen-Core engine, along with emulations of the Juno 60 and 106, plus some other Roland classics.

The X is ideal for those who’ve always wanted a Juno-60 or 106, it delivers the spirit of those original synths and much more besides.