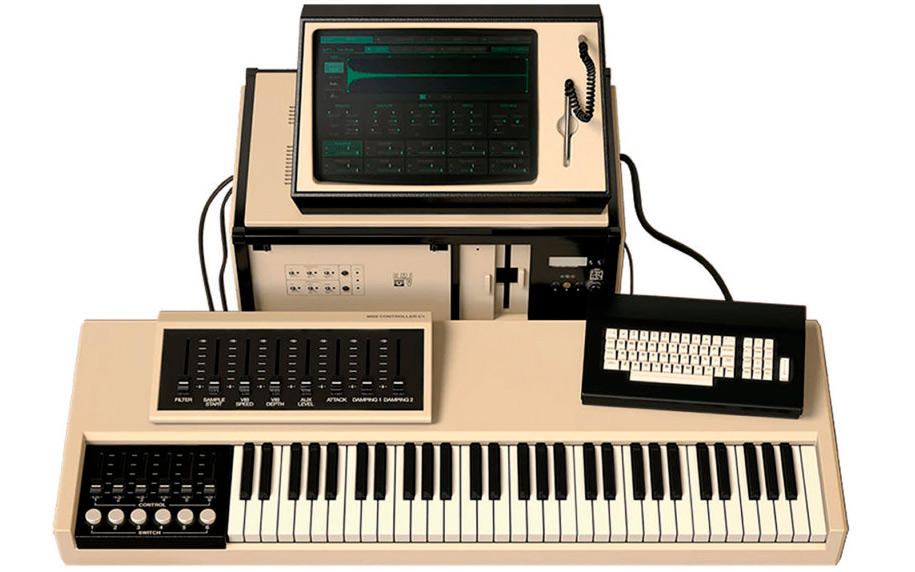 Dutch Interface magazine had a feature on the Fairlight CMI and a review of the (Youtube) movie about the Fairlight story. (The original article from August 30th can be found here.

In this full-length Australian documentary we learn everything about the origins of the film through interviews with the creators Peter Vogel and Kim Ryrie and we hear fragments of many Fairlight ‘hits’ from that time.

It was extremely expensive, revolutionary and caused a dizzying revolution in music. Yet there is no hunt for remaining copies at insane prices as with other vintage instruments. We are talking about the Fairlight CMI In a 20-minute long, well-documented report, the Sydney Morning Herald and The Age highlight the instrument that marked a major breakthrough in music production.

Named after a ferry in Sydney, the Fairlight completely revolutionized the British – Gabriel, Bush, Art of Noise etc. etc. – and the American music scene – Herbie Hancock, Jan Hammer, Stevie Wonder – in particular. As a producer you could already use sampling and sequencing, but in a relatively primitive, exclusive and nerdy form. The Fairlight packaged sampling in a clear and practical form and combined it with a modest but very useful Page R sequencer, and a computer screen (with light pen!) for operation. The system was also an accessible entrance to the use of computers in music production for non-technical producers and musicians. Not accessible in terms of price because it amounted to several tons in guilders. Apart from the countless orchestra hits, smashed bottles and barking hands, the Fairlight formed the basis for countless famous and influential albums and top hits. Perhaps more importantly, the breakthrough of the Fairlight signaled the start of a flood of much more affordable computer-based musical instruments.