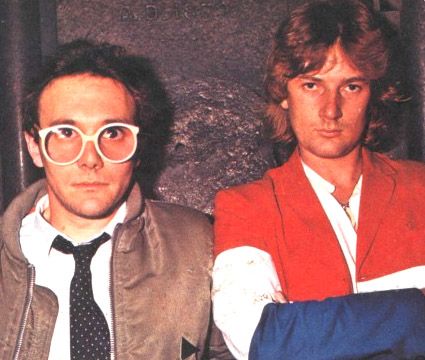 Trevor Horn’s long-awaited memoir will be published on 13 October by Bonnier Books.

Adventures in Modern Recording, from ABC to ZTT is “Trevor’s story in his own words, as told through the prism of twenty-five of his most important songs – from the Buggles’ ‘Video Killed the Radio Star’ in 1979 to producing Robbie Williams’ Reality Killed the Video Star album thirty years later.”

“The narrative also puts the reader in the studio for the making of ‘Relax’, ‘Two Tribes’, ‘Poison Arrow’, ‘Buffalo Gals’, ‘Crazy’ and the perennial ‘Do They Know It’s Christmas?’, offering unrivalled access to the dark arts of the producer’s world and the even darker arts of the music business itself.”

The book should be availbable through various book resellers.