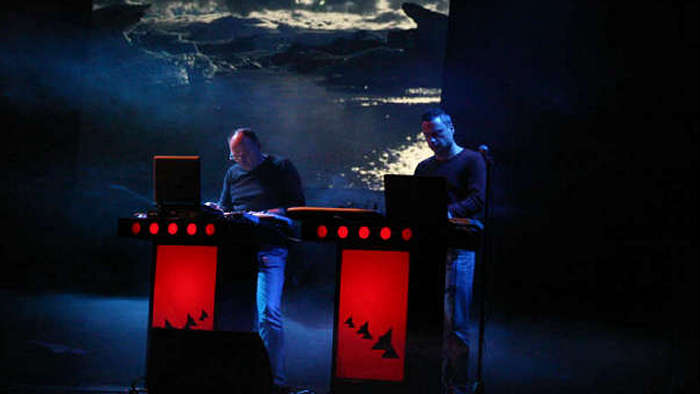 Wellenfeld are German musicians Andreas Braun and Detlef Dominiczak. The Duo „Wellenfeld” created their debut-album „Cosmic Waves” in the years 2003 and 2004. With their song “Monolith” the two “Ruhrpottler” Andreas Braun and Detlef Dominiczak reached top score at the “Schwingungen-election 2003” in the category “best song”. This is remarkable for newcomers with a new “Electronical Music” which is signified by a distinctive style from the very beginning on. Both musicians basically differ in their own musical background. Until the project “Wellenfeld” had been founded, Detlef, the older one, only consumed music passively, preferably “Krautrock”, whereas Andreas started to produce Techno and EBM-productions already in the 90th. Their background could not be more different. The “Wellenfeld”-style can be described as rhythm-accented and spherical with a high recognition factor. In fact, the EM-circle has been enriched by a modern facet.“Ring Modular ‘is from their great album ‘Elements”.