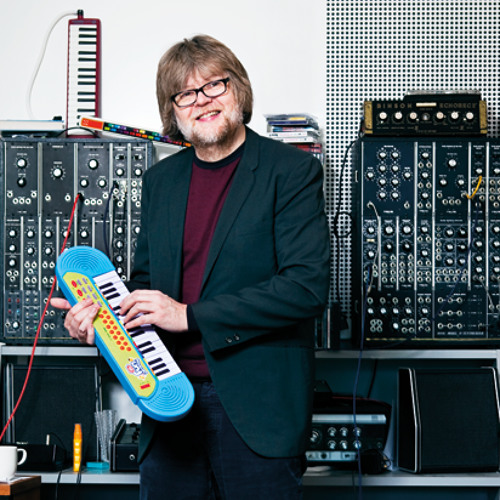 In collaboration with Moog Music, the Will Gregory Moog Ensemble presents “Archimedes Screw,” a live performance from 11 musicians—with each of the 10 keyboardists using their own Model D to add layers of sound to the composition as it builds. From the onset of the video, the stage is set: a mix of vintage and modern Minimoogs line the chancel of The Mount Without, a historic chapel in Bristol, UK.

The acoustics of the space provide a warm depth to the sound of Minimoogs produced from every era they have been manufactured. Utilizing MIDI integration for the 2016 and 2022 reissues, and MIDI-to-CV converters for the vintage units involved in this performance, the Moog Ensemble highlights the modern features alongside the classic sound. According to the group’s musical director and composer, Will Gregory, the instrument’s enhancements expand Model D’s realm of sonic possibility.

“The MIDI aspect of these instruments enables us to open polyrhythmic possibilities between the 10 parts that would be beyond humans to reproduce otherwise. Our hands become free for sound sculpting as we perform by manipulating the filter, resonance, modulation, and envelope controls in pairs. Both these aspects are very important to how I see the Moog Ensemble breaking new ground in live performance and simultaneously giving a more expressive and warm creation.”

“Archimedes Screw” demonstrates Model D’s timeless sound, playability, and relevance as a powerful musical tool for live performance. The Moog Ensemble manifesto, Gregory shares, is very much about live performance as a living breathing unit of musicians listening and responding together. Will Gregory discusses his connection with the instrument and shares more details on how the ensemble composed this piece from a technical perspective on Moog’s website (moogmusic.com). Goldfrapp’s Will Gregory is one of the UK’s leading advocates of using synthesizers and electronic instruments to create new sounds and reinvent old ones. Leading and performing with the Moog Ensemble since 2005, Gregory and its rotating contributors—which includes Adrian Utley of Portishead—perform a mixture of specially composed music, transcriptions of classical works, and their own versions of music from popular culture and film scores. “Archimedes Screw” will be featured on the debut Will Gregory Moog Ensemble album coming out via Mute Records in 2023.