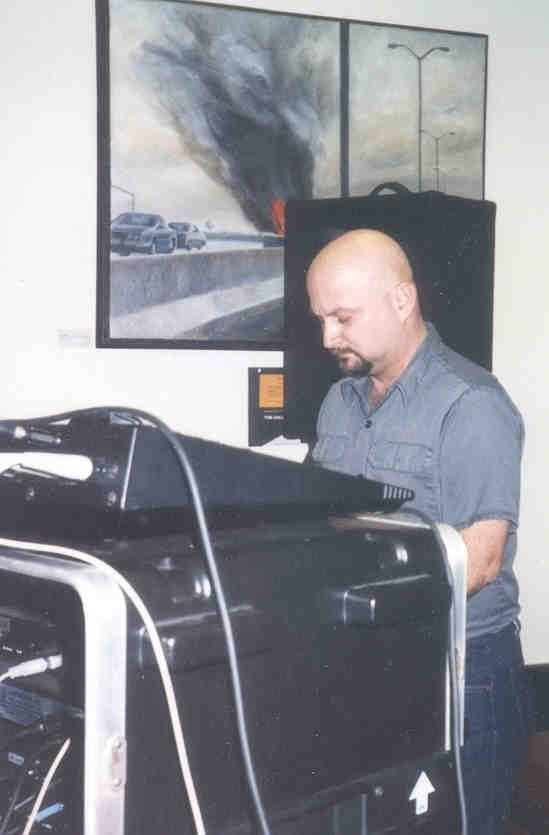 One of our friends William (Bill) Vermette sent us some pictures and explanations. This because he uploaded a short video of him playing keys on his old EML 101 (over 40 years old.

Bill started recording in mid ’70s. Was in experimental / industrial group VCSR based in Chicago area late ’70s early ’80s where was performed numerous live shows at local clubs and also solo Bil’s albums, LP “Katha Visions” in 1984 and cassettes “Environ-Mentals” and “Observances” Also was recorded & performed with a local group “A Bunch of Teeth” with Dos Boys and Tom Kastle & Chris Kastle in late ’90s and early ’00s. Recently featured in the Chicago Reader’s “The Secret History of Chicago Music” and performed live at the the Museum of Contemporary Art in conjunction with Steve Krakow’s Exhibit featuring TSHoCM.

There are quite some albums on his namen, such as Katha Visions (1984), Voyager, Galaxies and more. Have a look at his discogs page. Or you can visit Bill’s facebook page.

Bill wrote: “I am from Chicago USA and have been written up in the Chicago Reader’s Secret History of Chicago Music as both solo and VCSR (twice) both articles ending up in the book of the same name. I am not a full time musician but plan to retire in October so hopefully devote more time to my first love; music. I could write a book on my life experience, and maybe i will someday. Been doing live backyard shows the last three years but before that did many years performing around the Chicago area. Had a major heart attack in February and quadruple bypass surgery.”