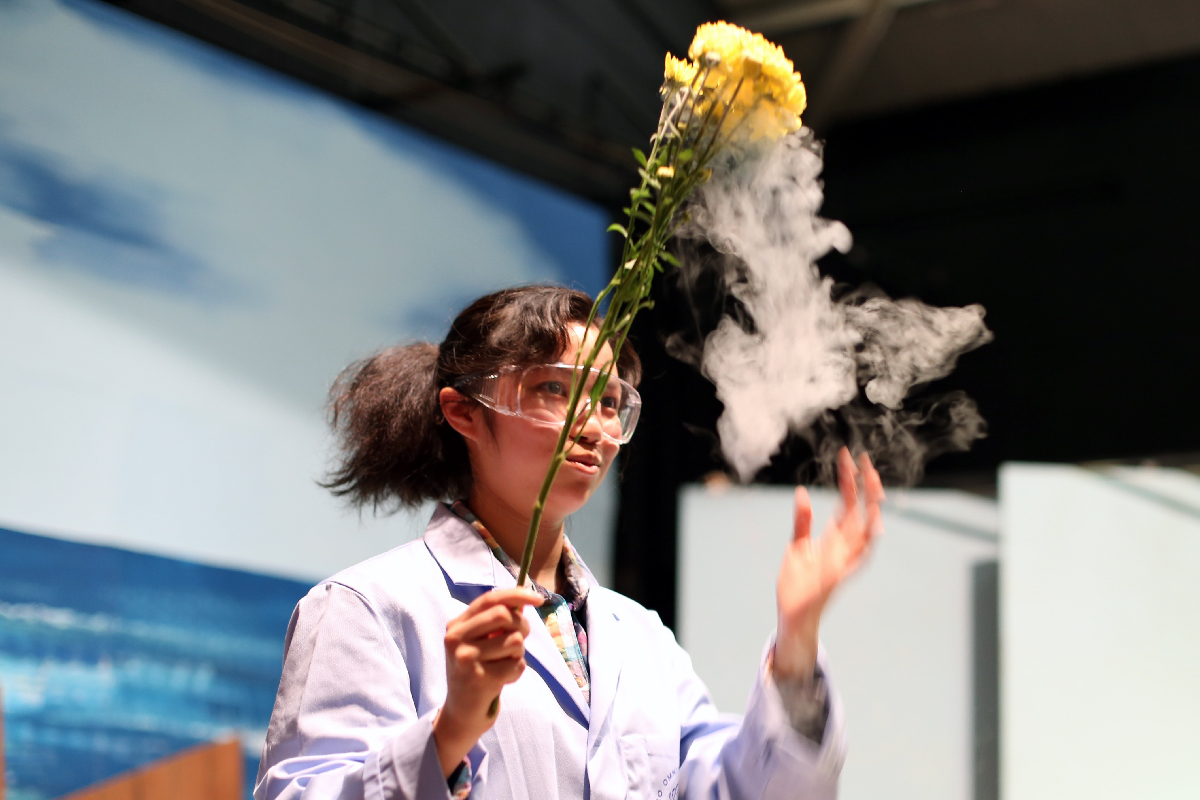 Tim Blake forwarded us the announcement of Womad-40: an event to challenge your grey matter. With music, Lsctures, Do-it-Yourself, Meet-and-greet, Science shows …. and much more. Organised by the Womad-40 people together with scientists from CERN. It is the 40th anniversary of Womad!

This is the formal announcement:

“Another week, another reveal! This time I can tell you what to expect in the World of Physics at WOMAD 2022. It’s in the arboretum and has 3 venues to enjoy; the Physics Pavilion for workshops and talks, The Discovery Zone for demos and hands-on science, and The Cosmodrome planetarium for all things space. WOMAD works with CERN, The Institute of Physics and Lancaster University to bring you the programme, but there are loads of other scientists and physicists from elsewhere who come to take part.

The programme kicks off on Thursday night with a short film about A Day in the Life of a Particle Physicist, so if you’ve ever wondered what they actually do, come along and find out. There’s always loads of physicists in the World of Physics more than happy to chat over the weekend, or you can always put a question into the post box on stage and we’ll answer them in the ‘Ask A Physicist’ session in the final show on Sunday.

For those of you who like to get hands-on, there are some great interactive workshops and demos this year. You can make a solar charger, build your own digital synthesizer, find out about liquid nitrogen, programme some robots, make a solar system and wear it as a belt or necklace and challenge yourself to create the strongest magnetic field. We are also setting up a Community Studio with Earlybird, Moog & Devoxx where anyone can join in, musical or not, and learn about electronic music, be creative and be a part of our communal musical soundscape.

We also have some great shows this year. Back by popular demand is science demonstrator extraordinaire Bryson Gore with a show called “Shush, Bang!” which is all about sound (not for the noise sensitive), and we also have The Circus of Science which sees Frankenstein’s monster and Einstein battle it out in the ultimate science competition.

If any of you have enjoyed Time Team over the last 20 years on Channel 4 we have John Gater, one of the original members of the team, talking about how they popularised archaeology and geophysics and about all the behind the scenes goings-on in the hit show.

I’m also really looking forward to listening to neuroscientist Sophie Meekings who is giving a talk about talking! She looks at how we produce our voice and how that gives rise to the acoustic properties of the voice, and moves onto how we modulate those different properties and how that relates to our perception. She also talks about the factors that change how well we understand speech and what that tells us about our neural processing.  What makes Sophie’s research extra fascinating is that she is profoundly deaf.

Author Margaret Drabble is joining us to talk about a recent collaboration with physics for the short story collection “Collision” which will be exclusively available at WOMAD even though it won’t be released officially until next year, and pioneering synth legend Tim Blake (from Gong, Hawkwind, and Crystal Machine) joins forces with theoretical physics professor Bobby Acharya to demonstrate the scales of the universe (your guess is as good as mine so take yourself along to the Pavilion if you want to find out more).  We’re also delighted to welcome particle physicist, author of “Smashing Physics” and Guardian newspaper columnist Jon Butterworth who joins us to talk about the last ten years since the Higgs Boson discovery and where particle physics is going next.

Make sure you drop into the University of Hertfordshire Cosmodrome planetarium, and enjoy being immersed in full-dome audio visual experiences, films and talks exploring the Universe and our place in it.There’s loads more on offer in all the venues in the World of Physics, so take a look at the Festival app and programme when they’re released for all the details.”