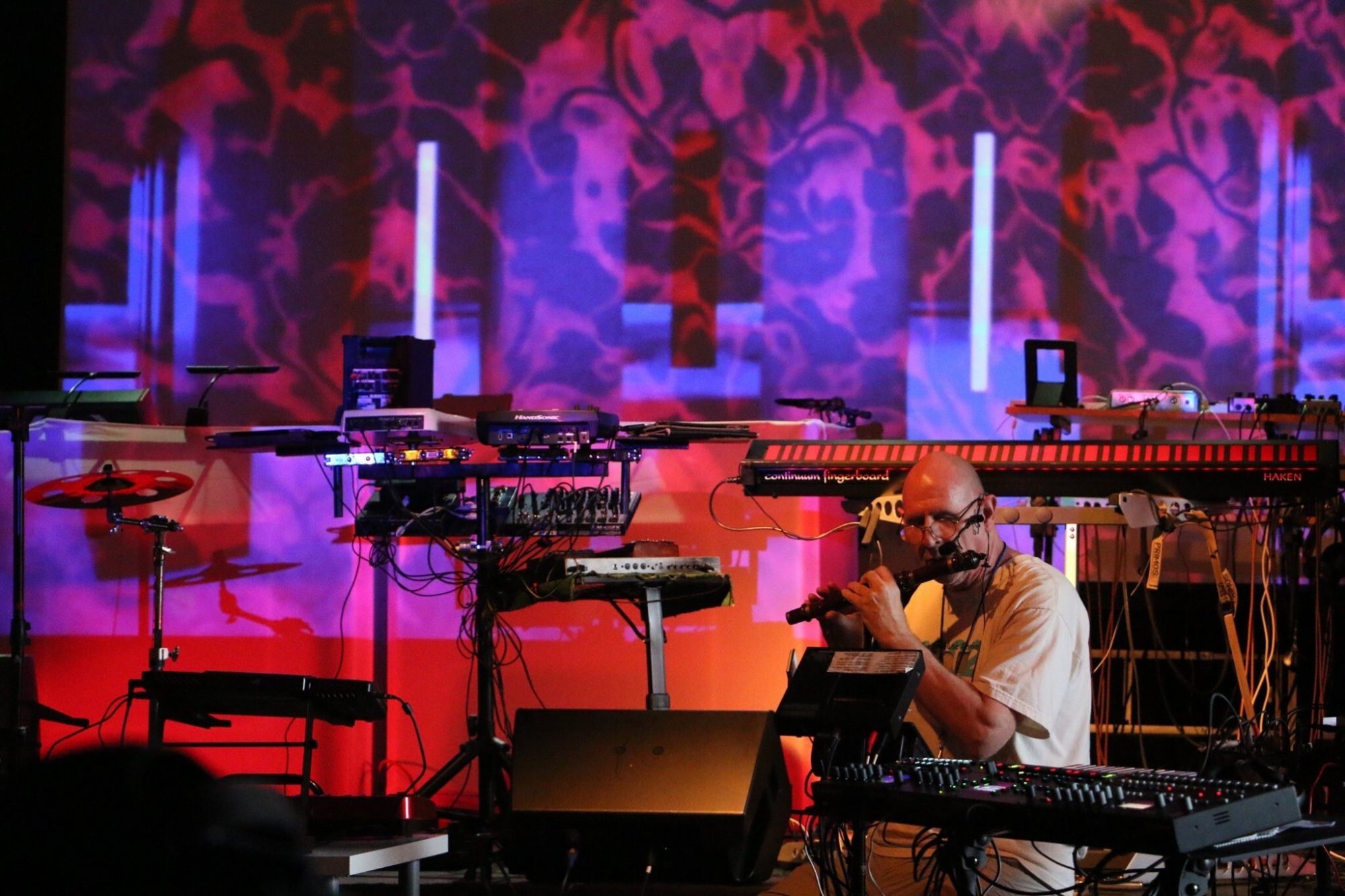 Zero Ohms, aka Richards Roberts, has a new album out on Spotted Peccary music (find the store here or on bandcamp).

The album is introduced by Spotted Peccary: “Cloudwalker and the Ascent is a climb to higher consciousness from a master of the genre. Each morning, he set out to hike the highest peak. Up there, the clouds hung so close to the earth he walked through them. One of Roberts’ friends nicknamed him “Cloudwalker,” and the album’s concept was born. With Cloudwalker and the Ascent, he has recreated this solitary space for the listener in seven pieces featuring shorter compositions and sparser arrangements than on his previous albums. While retaining the improvisations of prior Zero Ohms albums, Roberts uses minimal drones, overdubs, and fewer flutes. Roberts played only a 1954 HaynesSchwelm, a 1995 Armstrong bass flute, an Elemental Flutes Native American bass flute, and a vintage Roland JV-1010 wind-controlled synthesizer.”

On “Unknownland,” Roberts’ flute winds through a landscape of birdsong and birch, the sonic image of a summer breeze. Vibrato becomes contemplation and a sense of resting, taking in the sights and sounds of the forest. “Vistas Beyond” recalls the interstellar atmosphere of the album Broken Stars Through Brilliant Clouds, his collaboration with Numina. Subtle chimes ebb and flow around a far away drone, both ominous and enticing. The stunning finale “Across the Seven Skies” finds Roberts’ flute at its most dazzling. Here, classical trills entwine with ornate eastern melodies as the piece builds to a chorus of yearning highs.

Cloudwalker and the Ascent is a serene landscape that invites exploration, and a celebration of the natural meditation one can find when alone in a beautiful place. Mastered by Ben Cox, it is available in MP3 (320KBPS), 16-bit DC quality, or 24-bit studio master formats, digital only.

Cloudwalker and The Ascent is Zero Ohm’s second full length album on Spotted Peccary Music, following Process Of Being (SPM-2501). Zero Ohms has also collaborated with Craig Padilla on Path Of Least Resistance (LSM05), Beyond The Portal (LSM12), and When The Earth Is Far Away (LSM26), as well as Numina on Broken Stars Through Brilliant Clouds (SPM-9082).

About Zero Ohms: Music possesses the capacity for awakening a deeper part of the self within. As writer, painter, musician, teacher and producer, Richard Roberts follows what he has termed Tao of Zero Ohms (literally: way of no resistance). Zero Ohms aptly describes Richard’s palette of sounds, with flutes and woodwinds from around the planet interwoven with electronics, at once as ancient as it is contemporary. Playing wind-controlled synthesizers and over fifty various flutes, saxes, and other woodwinds, he embraces styles from around the globe and beyond. Zero Ohms is also a live performance artist: most recently, he performed at the Mountain Skies Electronic Music festival in North Carolina.